The Philadelphia Story (1940) starts off with a bang. C.K. Dexter Haven (Cary Grant) is angrily packing his car to leave his house. His wife, Tracy Samantha Lord Haven (Katherine Hepburn) brings out his pipe stand and golf clubs, then trashes them on the porch. Dexter almost decks her, thinks better of it, and pushes her down into the house. Whew! Angry and dramatic scene.

Two years later, Tracy and her family are preparing for a new wedding. Her sister Dinah (Virginia Weidler) and her mother are helping her catalog the wedding presents. Silver omelet dish, crystal, a giant Marie Antoinette necklace, and art pieces fill the dining room. There is drama in the Lord house. Tracy’s father has invested in a Broadway play with an attractive star dancer and Mrs. Lord has separated from him. Tracy won’t invite him to the wedding. 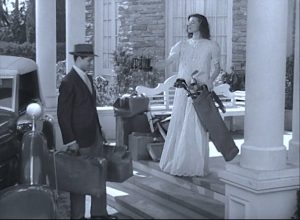 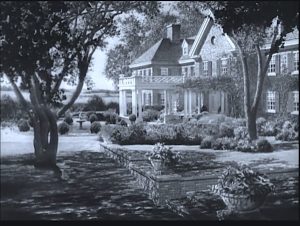 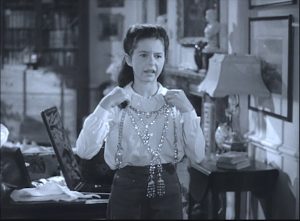 “I adore you. But you look awful. –Awful? –You look like something right out of a shop window. … –I don’t get it. When I was a coal miner the idea was to get enough money to buy clean clothes. Now that I’m general manager…” –Tracy and George 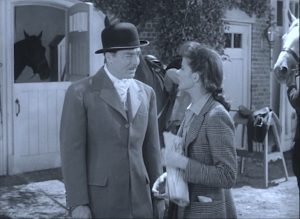 Tracy’s fiancé is George Kittredge, the general manager for her father’s coal mine. He is thrilled to be marrying into a Philadelphia society family.

Next we meet Macauley “Mike” Connor (Jimmy Stewart) and Liz Embrie (Ruth Hussey), reporter and photographer for Spy magazine. They’ve been chosen to embed in the Lord wedding, with the help of Dexter! 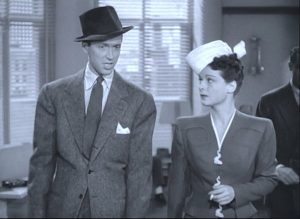 “Your assignment will be Spy’s most sensational achievement. Tracy Lord. Big game hunting in Africa, fox hunting in Pennsylvania. Married on impulse and divorced in a rage. And always unapproachable by the press. The unapproachable Miss Lord. The Philadelphia Story! … Anyway, presented for the first time, quote, a wedding day inside Main Line society.” – Sidney Kidd, publisher

Mike Connor is an aspiring short story writer and really hates the exposé part of working for Spy. Liz is much more practical and accepts that the assignments pay her salary.

Dexter has a story ready to go in Spy about Tracy’s father Seth and his dancer friend in New York. Dexter stopped Kidd from publishing it by promising to get Mike and Liz into the wedding. So our situation is set up: Mike and Liz think they are masquerading as guests sent from Tracy’s brother and Tracy and her family put on a show pretending they don’t know. 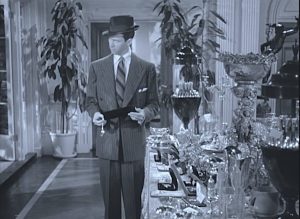 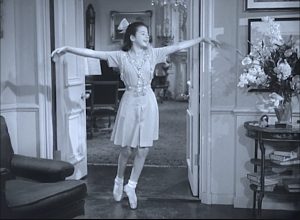 “Lydia oh Lydia say have you met Lydia / Oh Lydia the tattooed lady / she has eyes that folks adore so / and the torso even more!” –Dinah

The story includes working class people, like George, Mike, and Liz, who are trying to understand the life of the rich society people like Tracy, Dexter, and Uncle Willie. There’s a whole element of what it means for a woman to be put on a pedestal, a goddess. I’ve always had trouble with that notion since I’d like to believe that a marriage is a walk together through life, side by side. Tracy has to figure this out to find what she really wants.

“And strength is her religion, Mr. Connor. She finds human imperfection unforgiveable. When I gradually discovered that my relationship to her was supposed to be not that of a loving husband and a good companion, but oh never mind. –Say it! –But that of a kind of high priest to a virgin goddess!” –Dexter and Tracy 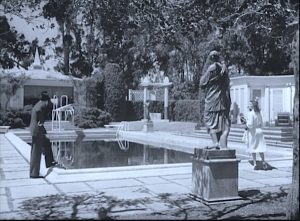 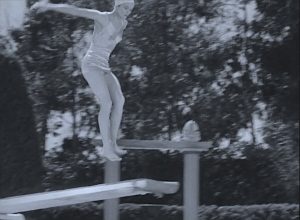 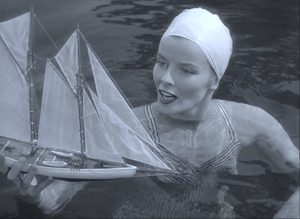 I’ve always had to think about the meaning of the scene in which Seth Lord tells Tracy that he has strayed in his middle age because he didn’t have good support from his daughter.

“What most wives fail to realize is that their husband’s philandering has nothing whatever to do with them. –Oh, then what has it do with? –A reluctance to grow old, I think. I suppose the best mainstay a man can have as he gets along in years is a daughter. The right kind of daughter. –How sweet.” –Seth and Tracy 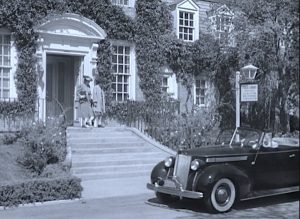 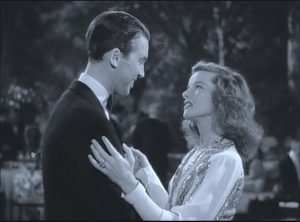 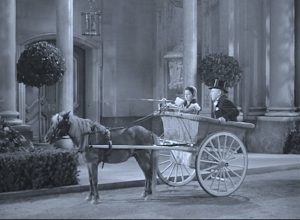 Having a strange relationship with my father myself, I can’t wrap my head around this.

“Oh no, I’m talking seriously about something I’ve thought over thoroughly, I’ve had to. I think a devoted young girl gives a man the illusion that youth is still his. –Very important, I suppose. –Oh very, very. Because without her he might be inclined to go out in search of his youth. That’s just as important to him as it is to any woman. But with a girl of his own full of warmth for him, full of foolish, unquestioning, uncritical affection…  –None of which I’ve got. –None.” –Seth and Tracy

In one of my favorite scenes, a drunk Connor visits Dexter at 4 in the morning. When Connor hiccups, Dexter says “excuse me.” The facial expressions of the two men as they talk are priceless. 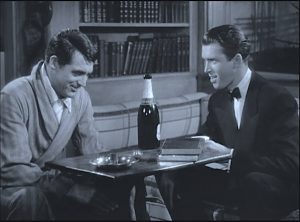 The Philadelphia Story was a hit Broadway play by Philip Barry, written with Hepburn in mind and based on a real-life Main Line socialite. Howard Hughes bought the film rights to the script and gave them to Hepburn as a gift. She ended up making a good movie, don’t you think? 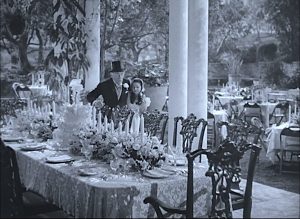 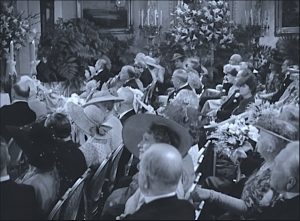 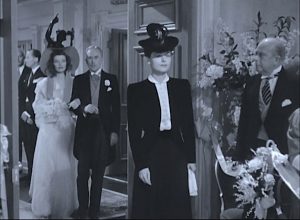 Resource links for The Philadelphia Story