The Lady Eve (1941) is a sparkling romance on a cruise ship and a revenge plot in high society Connecticut. Barbara Stanwyck plays dual roles with Henry Fonda as the young heir of a brewing fortune.

I’ve always loved the fantasy life of people cruising on ships in the old days. Dressing up for dinner, meeting all the strangers, and the romance of the sea just get to me. Barbara Stanwyck is a very fetching con artist on this ship. 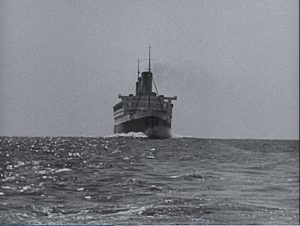 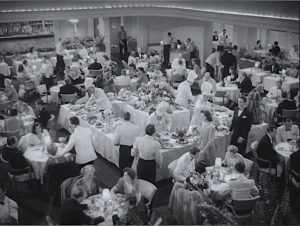 The film opens in the Amazon with ophidiologist Charles Pike (Henry Fonda) and his companion Muggsy (William Demarest) receiving a precious snake they are to transport to Connecticut. Pike is the heir to a beer brewing fortune, and he’s rich enough to stop a cruise ship and board her. 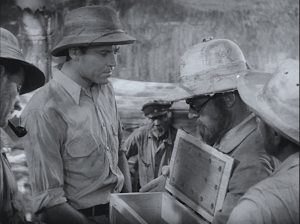 Fascinated by the ship stopping, all the passengers want to know more about Pike. Jean (Barbara Stanwyck) and Colonel Harrington (Charles Coburn) are very interested and Jean is planning how to play cards with him. 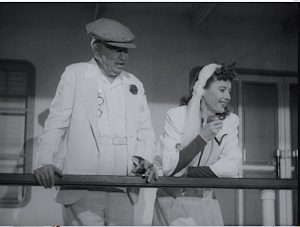 “Is he rich? –As the purser so picturesquely put it, he’s dripping with dough. –He’d almost have to be to stop a boat! –What does he own, Pike’s Peak? –Oh no no, Pike’s Pale. The ale that won for Yale.” –Jean, Colonel Harrington, and Gerald

At dinner, everyone is drinking Pike’s Pale and every woman in the place is trying to catch Charles’ fancy. Jean just trips him and gets him into her cabin! 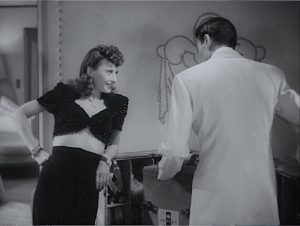 Easily convinced by the Colonel and Jean,  Charles plays 3 handed bridge with them. Muggsy is having card troubles with Gerald. 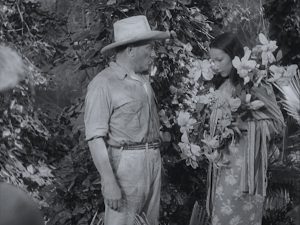 “That’s Muggsy. My father took him off a truck when I was kid to look out for me, you know, kidnappers, stuff like that. He’s been sort of a bodyguard, governess, and a very bad valet ever since. He saved my life once.” –Charles

Muggsy is suspicious, but the Colonel loses to Charles, so the gambling looks okay.

“When I marry it’s gonna be somebody I’ve never seen before. I won’t know what he looks like or where he’ll come from or what he’ll be. I want him to sort of take me by surprise. –Like a burglar. –That’s right. And the night will be heavy with perfume.” –Jean and Charles 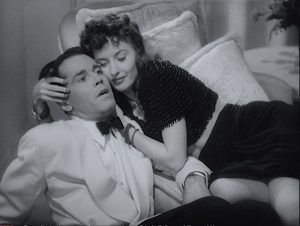 Colonel Harrington attempts to take Charles in a crooked card game. Jean foils his tricks and Charles ends up asking the Colonel for Jean’s hand. Actually, Jean has fallen in love with him, and wants the Colonel and Gerald to stop the con. 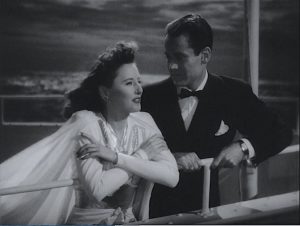 The ship’s purser and Muggsy know about the gang’s card playing. Once Charles finds out, the whole situation completely changes.

Once they are in New York, Jean, the Colonel, and Gerald meet their old friend Sir Alfred McGlennan Keith (Eric Blore) at the racetrack. He tells them about his sweet set up in Connecticut where he supports himself playing contract bridge with all the wealthy neighbors. 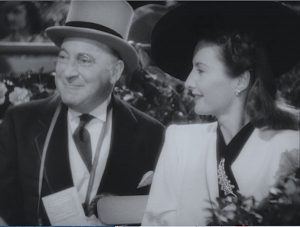 “Well, you’re certainly a sight for lame peepers. You know, I’ve seen nobody, absolutely not a soul, in our set of course, since the boats stopped running.” –Sir Alfred

Since World War II has stopped the sailing of the cruise ships Sir Alfred’s set up is wonderful for a professional gambler . Jean decides to take advantage and pose as Sir Alfred’s niece, The Lady Eve Sidwich. 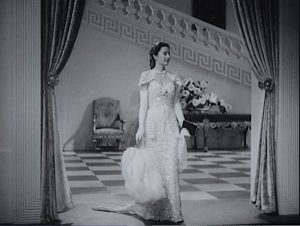 Will Muggsy convince Charles that they’ve met Lady Eve before? How many times will Charles fall down? Will Jean get what she really wants? Enjoy this classic comedy to find out! 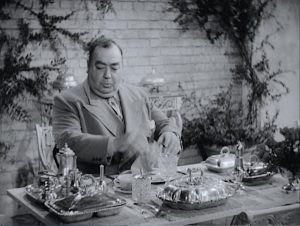 Resource Links for The Lady Eve