The Big Parade (1925) is a silent classic, crafted by director King Vidor to be a memorable look at the American boys who fought in France during the Great War. 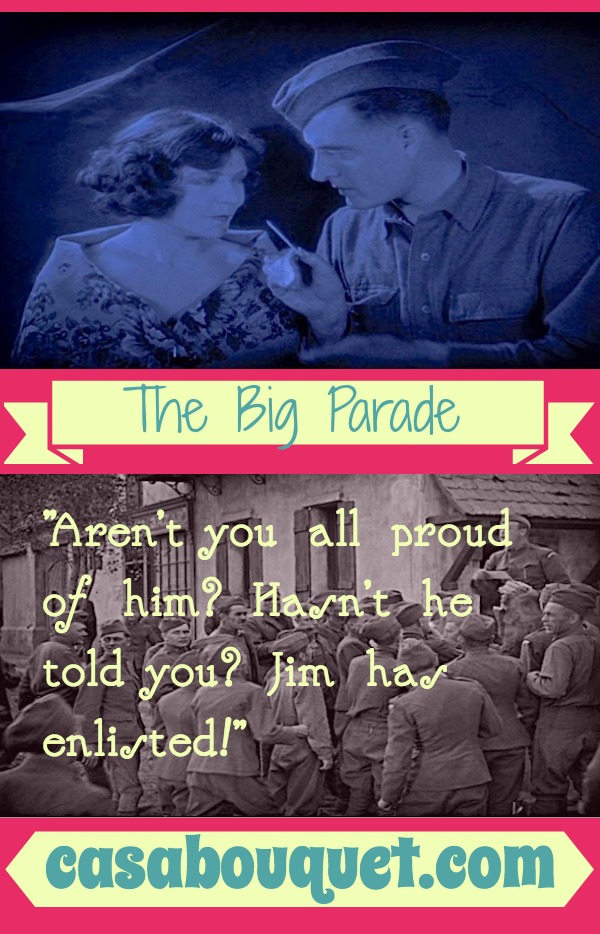 War stories are an important part of our storytelling tradition. We attach romance to the idea of boys going off to fight for ideals and homeland in new and exotic places — sometimes meeting women who seem quite different from those back home. 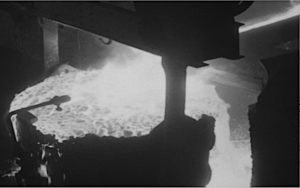 The Big Parade begins in 1917, a time of great productivity in America. James Apperson (John Gilbert) is a happy, affable young man, the son of a very rich father. Jim is in love with the girl next door, Justyn. Suddenly sirens and shop whistles all going off at once interrupt this scene of prosperous America and happy Jim. It seems that President Wilson has declared war, and the Yanks are going to join the fight “over there.” 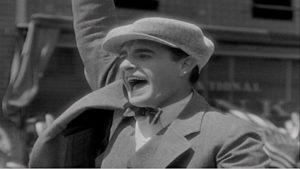 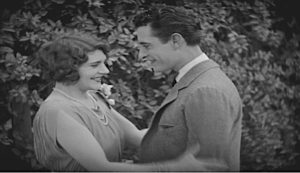 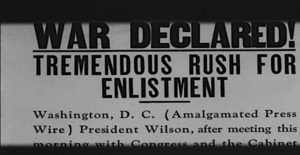 The townspeople organize a big patriotic parade meant to whip up patriotic fervor and urge enlistment. The flags, the bands, and his excited friends carry Jim impulsively away. He signs up to be a doughboy and goes off to train at Kelly Field in Texas. 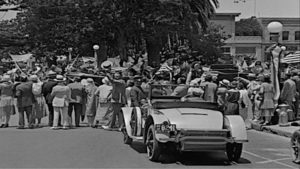 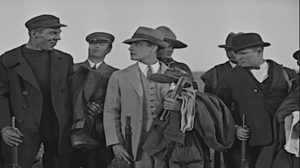 “Aren’t you all proud of him? Hasn’t he told you? Jim has enlisted!” –Justyn

Jim’s regiment is sent to France, and they march into Champillon in the Marne. Their first big job as real soldiers is to shovel manure out of a barn so they can use it for shelter. This is not the kind of job Jim ever did at home, but he does his duty. 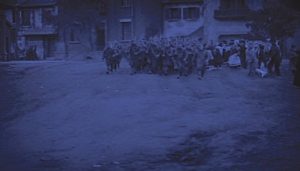 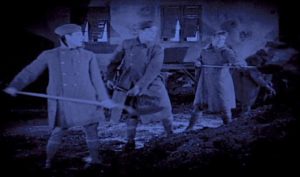 “Hey, you Bozoes! No sleep for you babies until you dress this manure pile!” –Bull

Jim’s buddies are Bull and Slim. They argue a lot, yet they rely on each other. The boys meet a pretty young girl from the village, Melisande (Renée Adorée). This girl with lovely eyes who can only speak French intrigues Jim. He takes her for a walk by the river, but his buddies can’t be left out and they decide to join the pair. 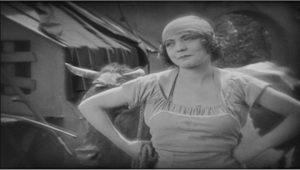 All three men want to paw her, but she manages to fight them off. These woman-hungry Americans don’t seem to understand “no” in French. Jim gets the message and realizes that he needs to treat Melisande with respect – same as any girl back home. Thereafter, a very sweet romance develops between the two. 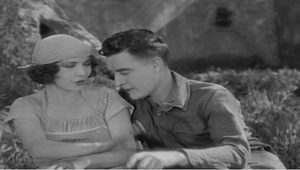 The troops get called to leave the village for the front lines. Everything is chaotic. As the troop truck pulls away, Jim is moved to give Melisande something, anything, so she’ll think of him. He throws her his watch, then his dog tags, and finally, his shoe. Jim’s earnestness and Melisande’s worry for him make for a tearful, touching scene. 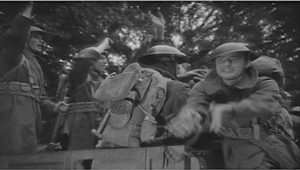 “Well, they say the woods ahead are alive with machine guns and snipers.” –major

At the front, the boys are headed into tough times. “Flying Fritzie,” a German airman, spots the troops as they’re approaching the front. He sprays them with machine-gun fire and many of them die. The doughboys next have to march in ranks through sniper-filled woods. With machine-gun nests everywhere, the soldiers fall dead all around. The remaining boys get gassed and march along like eerie alien elephants in their gas masks. 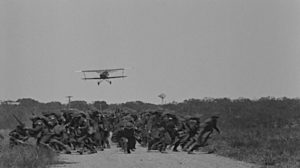 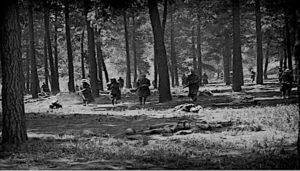 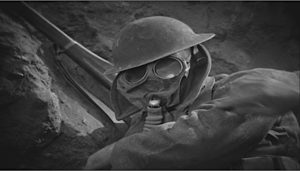 The movie has some wonderful set pieces. Mail call is shown with all its excitement and anticipation as well as the disappointment of those who get no mail. Jim, Bull, and Slim long for a shower and figure an ingenious way to get one using a wine barrel. Jim introduces Melisande to chewing gum; she can’t get the hang of chewing and ends up swallowing it. 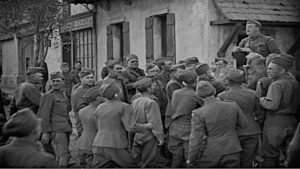 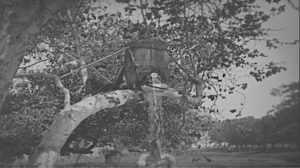 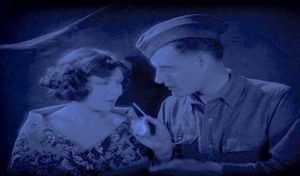 The Warner Home Video version of the film has a full orchestra playing the modern Carl Davis score on the soundtrack, which complements the action beautifully. Period songs are included, such as “You’re in the Army Now,” “Over There,” “La Marseillaise,” “Au clair de la lune”, and “My Buddy.”

John Gilbert is remembered today as Greta Garbo‘s lover. This film shows that he was a first-rate actor, along with being extremely handsome. Renée Adorée is charming and realistic as Melisande. The two actors, without using words, bring genuine emotion to the story. This movie is not just a great silent film; it’s a great film, period.

Resource links for The Big Parade