Swing Time (1936) opens with John “Lucky” Garnett (Fred Astaire) dancing on stage with all male dance troupe. His manager Pop Cardetti (Victor Moore) is backstage playing card tricks for money. Lucky is leaving show business to get married, to the dismay of his troupe. Lucky dresses beautifully in a morning suit, but his buddies convince him that he is out of fashion with no cuffs on his trousers. 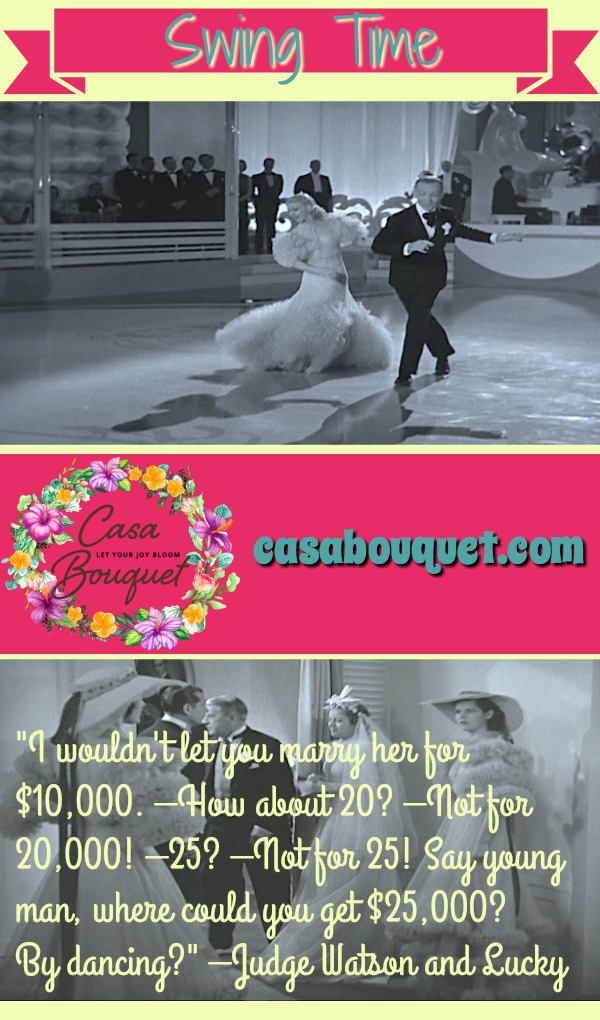 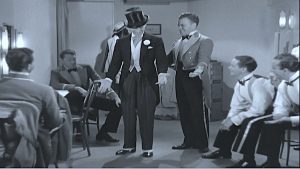 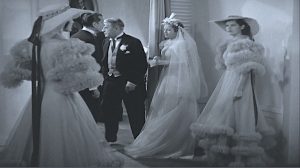 At the wedding venue, the bride, Margaret (Betty Furness), is very distressed at Lucky’s lateness for the ceremony. With all the shenanigans with the cuffs, Lucky is 90 minutes late for his wedding and Margaret’s father calls it off.

Lucky decides to go to New York to work on making $25,000 so he can marry Margaret. He and Pop jump on a freight train and make it to the city. Right away they meet a very cute girl, Penny (Ginger Rogers), and Pop steals a quarter from her purse. 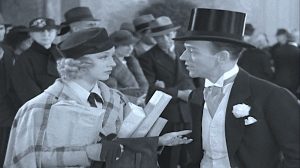 Penny works at Gordon Dancing Academy. Lucky gets mistaken as a potential pupil when he goes in to try to return Penny’s quarter. Mr. Gordon (the wonderful Eric Blore) and Mabel (the hilarious Helen Broderick) meet Lucky and Pop. Lucky pretends to be a terrible dancer to stay in the lesson with Penny.

“Nothing’s impossible I have found / when my chin is on the ground / I pick myself up, dust myself off, start all over again” – Penny 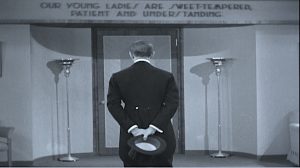 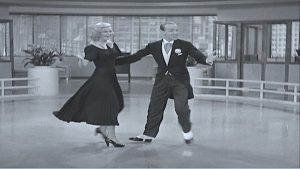 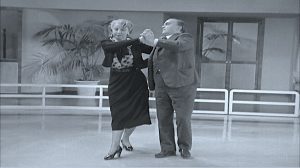 Gordon ends up firing Penny for teaching Lucky so badly and Mabel for accusing Pop of eating her sandwich. Lucky saves the day by leading Penny in a jubilant partner tap dance. Gordon makes an appointment for them to tryout for the show at the Silver Sandal nightclub.

Pop and Lucky are gamblers and the action takes place around their bets. They book a room in the same boarding house with Penny with no money, they try to get Lucky a tuxedo for the dance tryout by playing a version of strip piquet with a drunk Englishman, and playing roulette to win a band. But after meeting Penny, Lucky doesn’t want to end up with $25,000 so he has to go back and marry Margaret. 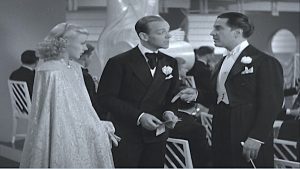 Ricardo Romero (Georges Metaxa) is the bandleader for Penny and Lucky’s tryout at the nightclub. He is in love with Penny so he won’t play for the couple. Lucky wins his contract so he has to play at the Silver Sandal and be part of Lucky and Penny’s success. 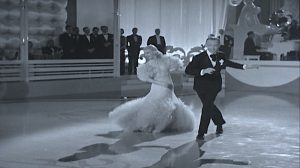 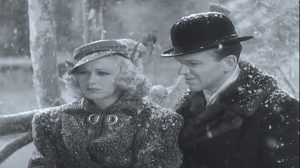 The beautiful score from Jerome Kern and Dorothy Fields includes the unforgettable songs: Pick Yourself Up, The Way You Look Tonight, Waltz in Swing Time, A Fine Romance, Bojangles of Harlem, Never Gonna Dance (this song gets to me every time! Astaire knew how to put real feelings into his singing.) 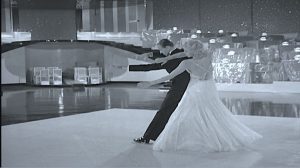 A wonderful scene is when Lucky and Penny first kiss. Fred and Ginger had been romantic partners in a whole series of movies (in a meet-cute romcom kind of way) and had never kissed on screen. Here Penny determines to just kiss Lucky to move things along, but they end up behind a door so we still don’t get to see the kiss! 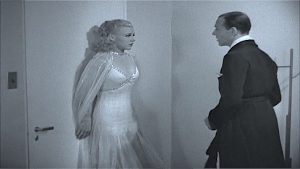 Why did Fred Astaire want to do a tribute to Bojangles of Harlem? Astaire had learned many tap ideas from the great Bill Robinson (Bojangles) and admired him greatly. Unfortunately, this incredible piece of dance history was done in blackface. The tap is part of the music. The song wouldn’t make sense without the taps. Astaire uses special effects in this number, along with 24 chorus girls. 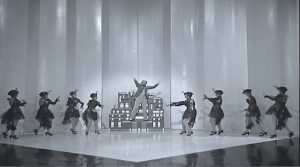 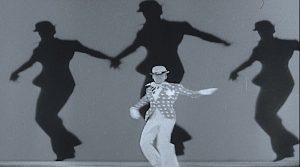 Blackface was used in American shows going back to the 1830s. Minstrel shows featured mocking caricatures of controversial stereotypes of black people and were a popular form of traveling show in the 19thcentury. Used primarily by white actors to play blacks, a few black actors used blackface in order to appear in front of white audiences. By the 1960s, blackface had ended in the US. It is not something we want to see today as a reminder of a painful past. It’s hard to rate a movie when parts of it are so offensive. Watching this film can serve as a history lesson of past practices we do not want to repeat. You can watch the film to see the culture of the time without having to excuse the racism.

Swingtime is a beautiful classic movie with amazing dance, comedy, moving songs, and gorgeous Art Deco sets. Watch to see if Lucky can quit gambling, who will marry who, and a fine romance. 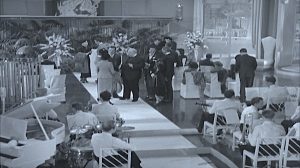 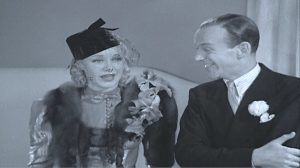