In the 1937 version of Stella Dallas, Barbara Stanwyck turns in an Academy award-nominated performance as a devoted mother. Get out those handkerchiefs!

The tearjerker has long been a staple of storytelling in the 20th century, with novelists such as Olive Higgins Prouty, Lloyd C. Douglas and Fannie Hurst combining elements of tragedy, pathos and modern heroines in modern settings. Prouty’s Stella Dallas is an enduring example of the genre, having been filmed three different times.

In the opening scene of Stella Dallas, a lovely young woman dressed in her finest clothing whiles away the time in the front yard of her family’s modest home in 1919 Millhampton, Massachusetts. Stella Martin (Barbara Stanwyck) is hoping that she will attract the attention of Stephen Dallas, a mill office worker, at the mill’s quitting time. Stella’s brother arrives home and teases her about her ambitions to break out of the mill-hand life — the way she moons over Stephen Dallas (John Boles) and the courses she’s taking at the local business college. 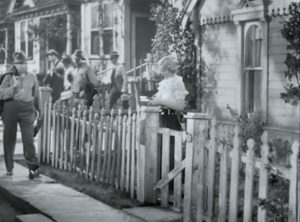 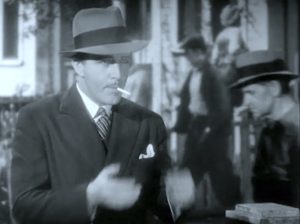 “My own sister standing out here every night making a sap out of herself over a guy who don’t even know she’s on earth.” –Stella’s brother

Stephen is trying to create a new life for himself after his family suffered tragedy in another town. His prosperous father had fallen into disgrace and committed suicide after a mill he ran was forced into bankruptcy. Stephen left a promising career and his heiress fiancée to start over in Millhampton. 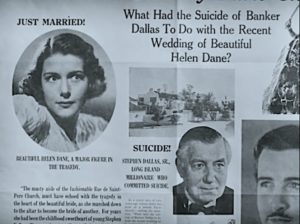 Stella manages to meet Stephen by bringing her brother’s lunch to the company office, claiming that he had forgotten it. A sad and lonely Stephen is intrigued by the charming Stella. Besides, he recently discovered that the girl he left behind had married well. 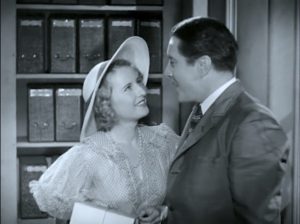 Stephen and Stella begin dating. On a fateful night, Stella stays out all night. Her father is furious with her, but when she returns home, she reveals that she and Stephen had married. 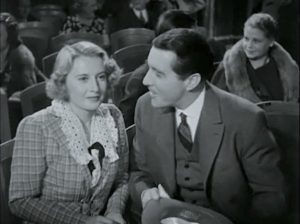 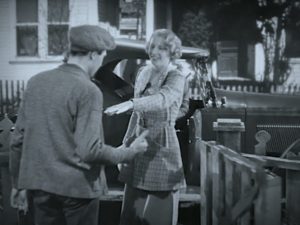 A year later, Stella gives birth to a baby girl, Laurel. After the child is born, Stella is immediately anxious to get out and about again. She begs Stephen to go with her to a dance at the River Club, the society spot in Millhampton.

At the dance, she meets Ed Munn (Alan Hale), an unsavory racetrack tout who has a gift for making Stella laugh. Stephen is always serious and business-like, and after a year of marriage Stella longs for fun. Stephen makes it clear he does not approve of Mr. Munn. 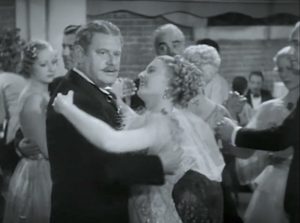 “But please don’t give me pointers on how to dress. Allow me at least to know more about one thing than you do! After all, I’ve always been known to have stacks of style.” –Stella

Sober Stephen does very well at the mill and is given a promotion to the New York office. Feeling unsure that Stella will fit in with his New York circle, he leaves Stella and Laurel behind in Millhampton. On visits home, he catches Stella partying too much in front of his little girl and threatens to take her away. Stella fiercely defends her rights to raise her daughter, putting all her resources into doing the best for Laurel. She even sews all of Laurel’s clothing herself. 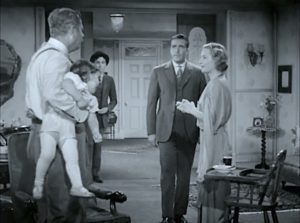 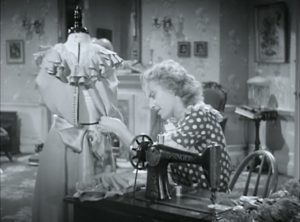 Years later, Stephen is in a New York toy store buying a book for Laurel’s 13th birthday. Helen Morrison (Barbara O’Neil) recognizes him and warmly greets her old flame. Helen has her three young sons with her and reveals to Stephen that she has recently become a widow. 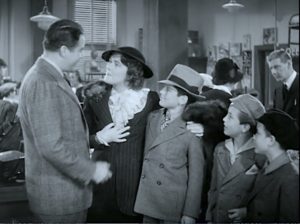 Meanwhile, Stella rides the train into Boston with Ed to buy supplies for Laurel’s birthday party. Stella and Ed are high-spirited and enjoy cutting up on the train, playing practical jokes. Laurel’s straight-laced private school teacher sees Stella’s shenanigans. Highly disapproving, she secretly advises everyone to avoid Laurel’s party. One of the saddest scenes in the film is the sight of Stella and Laurel (Anne Shirley) all dressed up, waiting hours for the guests that never arrive. 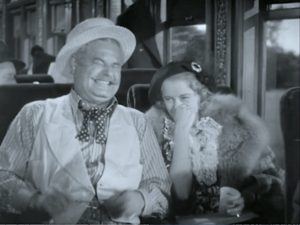 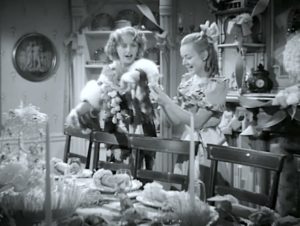 For summer vacation, Stephen arranges for Laurel to stay at Helen’s estate. Laurel develops a “crush” on the sophisticated, elegant, kind friend of her beloved father’s. At Christmas time, Stephen comes to Stella’s apartment to take Laurel with him to Helen’s. He sees Ed, falling-down drunk, and decides to divorce Stella. Stella refuses, telling Stephen’s lawyer that she needs more money to mix Laurel with the right society. 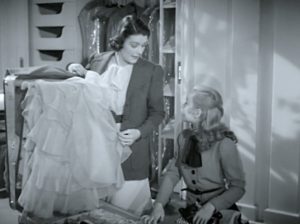 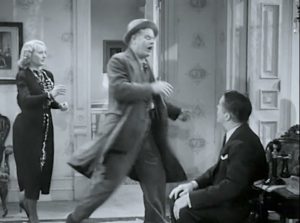 “Remarry? Listen Mr. Morley, let’s get down to brass tacks. I haven’t the slightest idea of ever remarrying. Now it don’t happen by any chance to be Mr. Dallas who wishes to remarry, does it?” –Stella 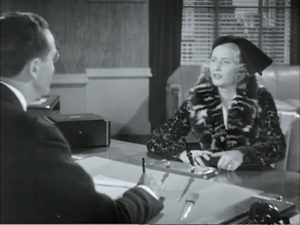 Stella and Laurel vacation at the Hotel Mirador. Laurel is a hit with the young set, and is soon wearing the fraternity pin of Richard Grosvenor (Tim Holt). Stella cannot quite get the hang of society elegance. Her idea of a great ensemble includes a flounced floral dress, two armloads of bangles, a white fox stole, a big hairbow, peroxided hair, high heels, too much makeup and huge puffed sleeves. The young people make fun of her, not realizing that she is Laurel’s mother. 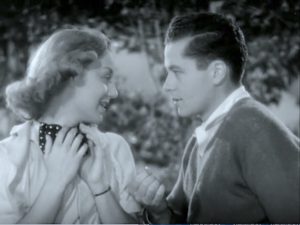 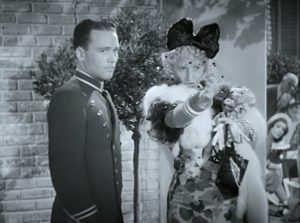 After the trip to Hotel Mirador, Stella realizes that she might be hurting Laurel’s chances for the future. Stella’s strong will and her powerful love for Laurel allow her to make choices that never fail to bring the audience to tears. 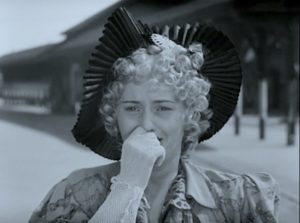 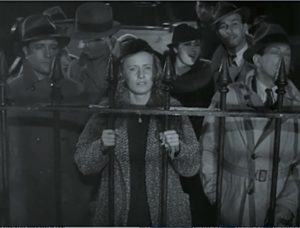 The wonderful performances of Barbara Stanwyck and Alan Hale, directed by King Vidor, make this Stella Dallas an enduring classic.