You are here: Home / Travel / St Petersburg Russia – a different trip to Europe

In a conversation about Europe, folks often mention London, Paris, Florence, or Prague as beautiful places to visit. You don’t often hear about St Petersburg Russia, a beautiful city on the Gulf of Finland. There are wonderful things to see in St Petersburg and I recommend it for your travel wish list.

The city was founded in 1703 (it has also been known as Petrograd and Leningrad). The city has many styles of architecture with Russian, Italian, and French influences. So much history has happened here, from Peter the Great, Catherine the Great, Tsar Nicholas II, the Communist era, and it is Putin’s hometown.

Peter and Paul fortress and cathedral: There is ancient and modern sculpture here to enjoy. In the cathedral you will see the tombs of the stars and a shrine for the family of Nicholas II. I was moved by the tomb of Maria Feodorovna. I became attached to her as a character in the fictional movie Anastasia. I often felt sad about her sister Queen Alexandra in Britain and her exile in Denmark, so I was happy to see that she at last made it to a resting place near her dear husband. 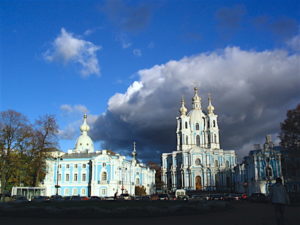 Alexander Nevsky Monastery and cemeteries: Tchaikovsky, Dostoyevsky, and many other historical figures are buried here. Whether you know the people or not, the artistry that has been put into these monuments is worth seeing. 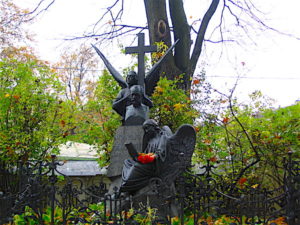 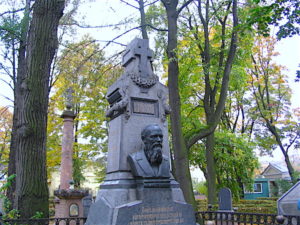 St Petersburg is a musical city. Any day you can find a choral performance, ballet, or symphony around the city. The Mariinsky Theater is historic and beautiful.

Yusupov Palace: Even people who were not royalty lived in palaces! This one, right against the canal, is famous for being the site of the attempted murders of Rasputin. 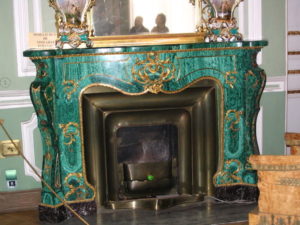 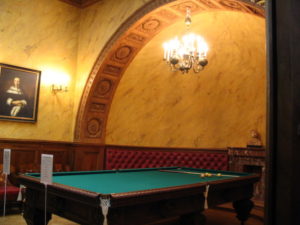 The Idiot is a popular restaurant. The name comes from a work by Dostoyevsky and they say he spent a lot of time here.

Another good tour is St Isaac’s Cathedral with its beautiful dome of gold. The Hermitage is at the top of the list for most people. It is an over-the-top Imperial palace and an art museum at the same time. Don’t miss the Church of the Savior on the Spilled Blood.

Dom Knigi, or the Book House, is in the old Singer sewing machine headquarters. I love its Art Nouveau look and it’s also an interesting bookstore. 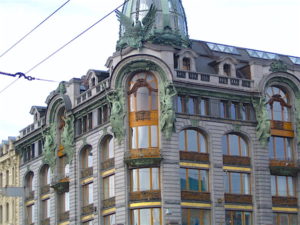 The Russian Museum is my favorite in St Petersburg Russia. It holds the works of Russian artists. I liked the romantic Karl Bryullov. 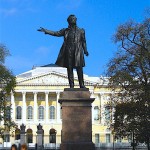 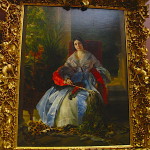 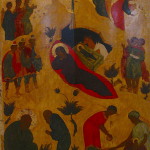 Peterhof: If you visit Peter the Great’s palace in the right summer months, the beautiful fountains facing the sea will be running. 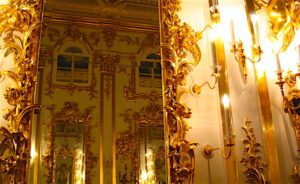 Chesme Church is like a little jewel box, on the site where Catherine the Great heard the news of a great naval victory against the Turks. 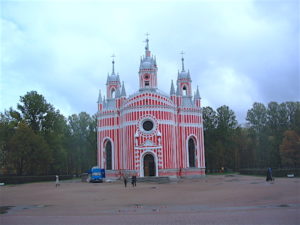 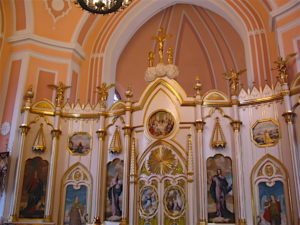 Tsarskoye Selo: At the Catherine Palace, I love the little statues of dawn in an east window and sunset in a west window. 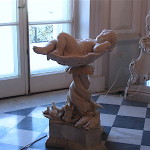 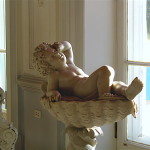 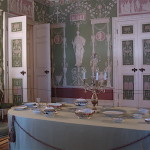 The Alexander Palace was a beloved retreat for the family of Nicholas II and Alexandra. I was moved by seeing Alexandra’s collection of icons and the clothes of the royal family. 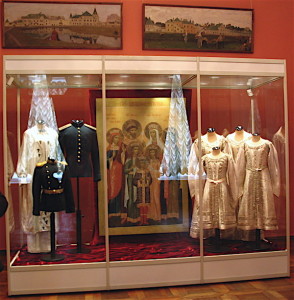 Veliky Novgorod: This ancient city is out on the road towards Moscow. It is worth going on a tour if you have the time. 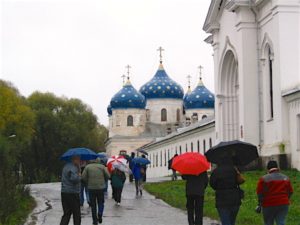 Before you go, I recommend learning a little Russian history. As you visit palaces and churches, you will hear the names of many of the royal family, prime ministers, and presidents. Knowing about them will help you put things in context and time. You might also enjoy reading the works of Russian authors: Pushkin, Gogol, Dostoyevsky, Tolstoy, Chekhov, Pasternak, Solzhenitsyn are some to consider.

Also, learning the Russian alphabet is helpful. Many signs make sense if you can sound out the spelling. My favorite examples are the little shops where you can have wonderful hot chocolate. The Russian letters spell out “shokolad” and once you say it, you know it’s chocolate. 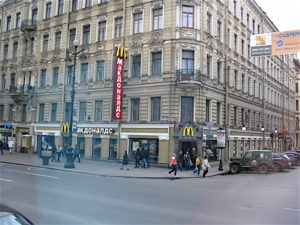 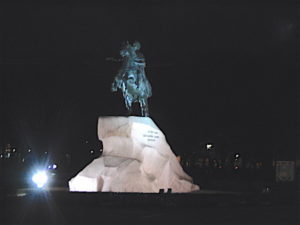 I had some brave teachers in high school, Mr. Graham and Mr. Maranian. They led us in studying Russian history and literature and then led groups of students to the Soviet Union during the Nixon era. I got to visit Moscow and St Petersburg Russia during Christmas with my classmates. At that time, the Russians didn’t really celebrate Christmas, but we took over a “New Year’s tree” on our hotel lobby and made a Christmas for ourselves. I was anxious to take the opportunity to visit again with dear ones. I was so shocked when I stepped off the plane in St Petersburg in this century and saw what changes had happened with the end of Communism. It’s a beautiful city with cultured people. 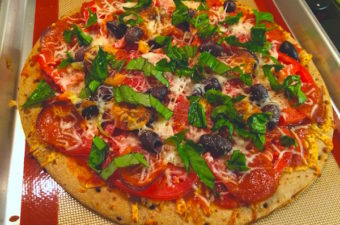