You are here: Home / Culture / Splendor in the Grass romance: Lisa’s Home Bijou

The title comes from a William Wordsworth poem:

Beginning in 1928 in southeast Kansas, very near the Oklahoma oil fields, this is a story of young love and passion, and the psychological problems that can follow. A high school couple, Arthur “Bud” Stamper (Warren Beatty) and Deanie, Wilma Dean Loomis (Natalie Wood), are making out in a car by the reservoir. Deanie stops Bud before it goes past kissing, and Bud’s anger just emanates off him. 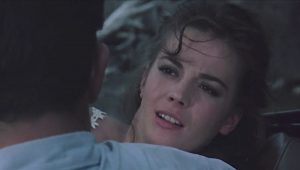 Considered the best catch in town, Bud, captain of the high school football team, is the son of the wealthy oil man Stamper. They live in a giant mansion with servants. His mother wears pearls to breakfast. 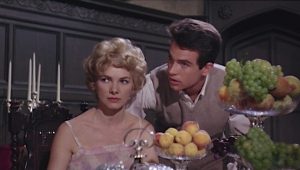 Mr. Stamper has big plans for Bud, sending him to Yale and merging his company with a big national oil company. You feel impending doom as he talks, since you know the stock market crash will happen in October 1929. Everyone in town is pinning their dreams of wealth on stock in the Stamper company.

Ginny “Sister” Stamper hates living at home and has had a somewhat wild life studying art in Chicago. She wants to live with her aunt in California because she is sure everyone in town will gossip about her. 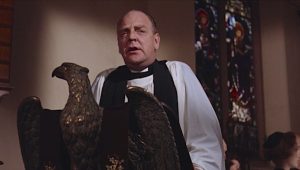 “Dad, I’m going to marry Deanie. –Whoa now son! –Now listen, Dad. See I don’t really want to go to Yale.  I’m not a very good student. –What do you mean, you’re not a good student? Boy you can do anything you set your mind to do! –But Dad I’d like to go to away to a good agricultural college for a couple years. I’d really like to do that, Dad. I could come right back here and take over your ranch just south of town. “ –Bud and Mr. Stamper 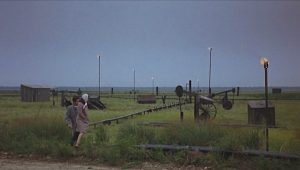 Deanie lives in a house that hasn’t been painted in a long time. Her father’s grocery store and butcher shop are in the front of the house. Deanie is desperately in love with Bud and daydreams of being his wife. She clings to him in the school hallways and writes her married signature in her notebook. 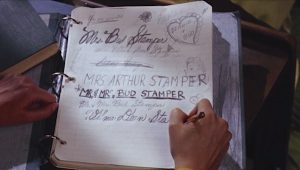 At Christmas, Deanie’s mother, Mrs. Loomis, is very upset  because Bud gives Deanie a watch instead of an engagement ring.

“Boys don’t respect a girl they can go all the way with. Boys want a nice girl for a wife.” –Mrs. Loomis 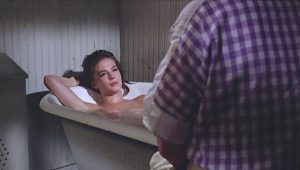 The story takes place during Prohibition. Mr. Stamper gives his workers homemade alcohol and his New Year’s Eve 1928 party has a champagne oil derrick fountain and everyone is drinking. Ginny seems to be alcoholic and is able to get alcohol easily, even dating a bootlegger. 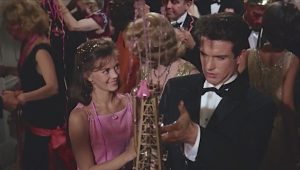 Ginny’s reputation in town leads to a gang of “nice young men” lining up to rape her in a car parked at the New Year’s Eve party. Bud fights with the gang and is seriously beat up. The whole incident leads Bud to want to abandon Deanie to keep his own desires in check.

The young people are suffering with their deep emotions and desires. Their choices are get married or go ahead and have relations with someone for release, against the norms of their small town. Bud asks the family doctor for help and gets nervous chuckles and an iron shot. Bud takes up with Juanita, who has a reputation at school, and it has a huge impact on how everyone treats Deanie at school. She has a nervous breakdown. 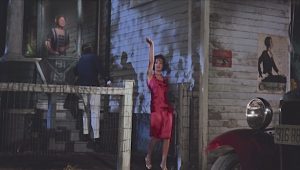 Deanie’s parents sell their oil stock to be able to send her to a mental hospital. The sale makes them quite wealthy. Mrs. Loomis has fancy clothes and furs.

Bud goes to Yale and just stays drunk and dirty. Mr. Stamper goes to Yale to try to convince the dean to keep Bud in school. He takes Bud to New York to a club modeled on Texas Guinan’s 300 Club. Everyone is hyper-jolly, even though the stock market has crashed. 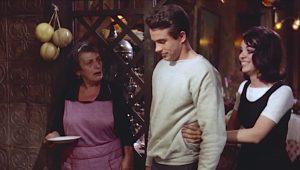 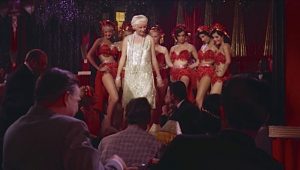 “Hello suckers! I think I smell fresh money tonight. I’m glad you didn’t let a little thing like the stock market crash keep you from coming out tonight.” –Texas Guinan

Splendor in the Grass reminds me of Romeo and Juliette. All the actors do a wonderful job. As a former high school teacher, it made me think about the timelessness of young love and the struggles of parents to do what is best for their children.

See Splendor in the Grass for a look into the 1920s, to see beautiful Natalie Wood and Warren Beatty, and a well-crafted American tragedy.