The Southern Sisters are the stars of 8 mystery novels by Alabama author Anne George. The novels take place in Birmingham and other southern locales and always with a twist of humor from the sisters’ very different personalities. 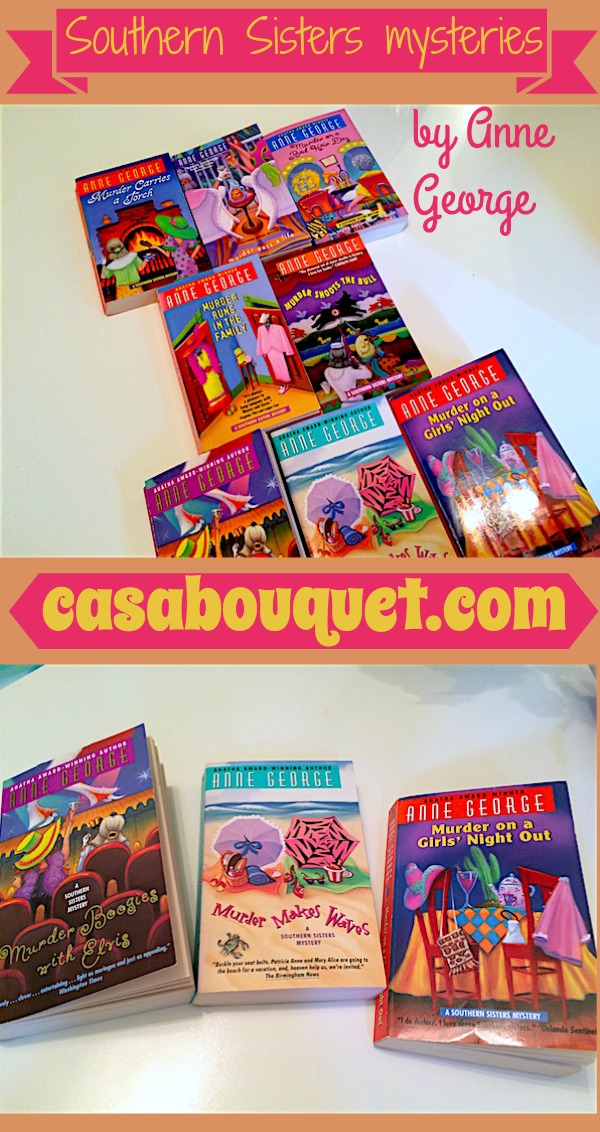 Patricia Anne is known as Mouse. She’s very practical and likes routine. Mouse is a retired English teacher and knows many of the young people around town. She’s been married for many years and dearly loves her husband and daughter Haley. She’s a small person and very matter-of-fact about her looks.

Mary Alice is known as Sister. She is large and flamboyant and always has a wild hair color or dramatic outfit. She’s been married many times and in-between husbands, always has a very rich boyfriend. She has lots of love to give her children, grandchildren, and others. She is really good at dragging Mouse into schemes and adventures.

The sisters’ daughters are part of the action too, one is a lawyer and one is a young mom. Vulcan, the huge iron statue on Red Mountain in Birmingham shows up in most of the novels: “Majestic from the front, an apron shielding vital parts from sparks, and bare-butted in the back…. We’re used to the sun glinting of this huge behind…” 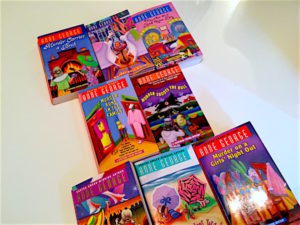 George’s descriptions of Birmingham and the other sites in the novels make me want to go. Birmingham in October: “Seventy-five degrees, a cloudless sky and everything golden as buttered biscuits.” “Mix in the tea olive bushes and honeysuckle vines on every fence and you have a heady mixture, one that makes and porch and a swing a thing of joy after dark.” And the southern food: pimento cheese sandwiches, shrimp Destin, egg custard pie, and more.

I’ve read all eight books in this series and they are hilarious (even though people are getting killed!). I’ll highlight some of my favorites.

I’m hooked by the southern culture in these books. George has done a great job mixing humor with the inner feelings of the characters. I feel sure that Mouse would be my dear friend and going anywhere with Sister would be a party!