In Our Dancing Daughters (1928), Joan Crawford is the epitome of the Charleston-dancing flapper, one of the most enduring images of the time. The flapper became the quintessential symbol of the Jazz Age, that era of boundless freedom after World War I. Women insisted on more autonomy, manifested in the loosening of their corsets and the shortening of their skirts.

Our Dancing Daughters opens with a provocative look at some shapely legs dancing the Charleston. The “legs” slip on a pair of short bloomers, revealing a lovely young woman who is dancing while she’s dressing to go out. The legs belong to Diana Medford (Joan Crawford), getting ready to attend a party at the Yacht Club with her friends. 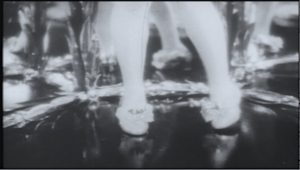 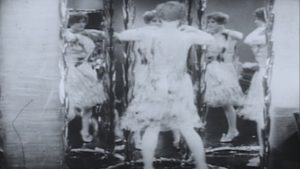 The film follows Diana and a group of friends through their well-to-do world. Diana’s parents like her and encourage her free spirit. When a group of young men arrive at Diana’s art deco home to take her to the party, her father suggests that she toast the boys. 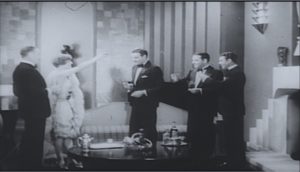 “To myself! I have to live with myself until I die…so, may I always like – myself!” –Diana

Diana’s friends experience very different situations in their homes than she does. Beatrice (Dorothy Sebastian) and Freddie have very strict parents who always expect the worst behavior from their kids.

“- and what’s more, if I so much as smell one cigarette on you, Beatrice, — your allowance ends!” –Beatrice’s mother

Ann (Anita Page) lives with her single mother, who is constantly worried about money and preaches purity to Ann. She believes their financial salvation will come when Ann snags a wealthy husband. 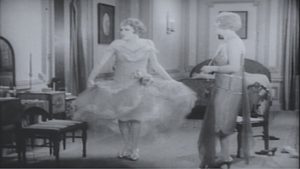 “Ann, be cautious. A rich man wants his money’s worth! –I know, Mother – you’ve preached the formula often enough! Beauty – and – purity.” –Ann and her mother

All of the gang assembles at the Yacht Club for the party and some wild dancing ensues, with Diana dancing on a table. Diana takes a solo turn on the dance floor. She pulls off her skirt and lets loose, with just her beaded tassels covering her bloomers. A stranger from Alabama, Ben Blaine (Johnny Mack Brown), takes notice of the vibrant Diana and asks her to dance. Ann discovers that he is quite wealthy and makes a play for him. 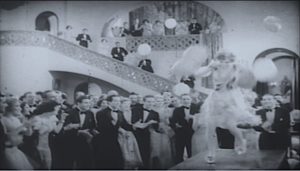 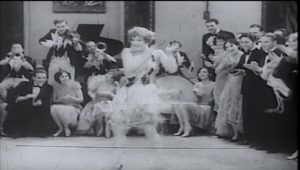 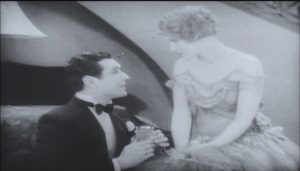 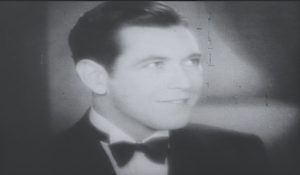 There is a lot of drinking in Our Dancing Daughters. Prohibition didn’t end until 1933, so apparently all these rich people had no problem finding alcohol!

Ann and Diana go home from the party anxious to report to their mothers. Diana and her mom are simply pleased that Ben is so nice, but Ann and her mom look up Ben’s family in Bradstreet to see how much money he has. 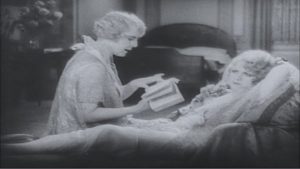 The next big party for the gang is an equestrian picnic. Diana and Ben steal away to a spot overlooking the ocean (Pebble Beach!). They share a passionate embrace. 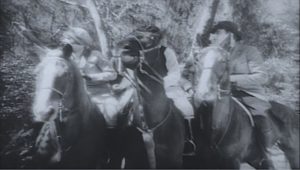 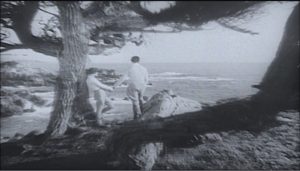 Later that night, the gang assembles for a gala on their friend Norman’s yacht, entertained by chorus girls in spangles. 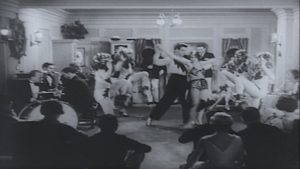 Diana and Beatrice notice that neither Ann nor Ben is on board. It turns out that they are on the cliffs, with Ann convincing Ben that Diana is wild and too free with her love. Through Ann’s machinations, she and Ben become engaged. 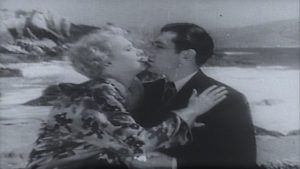 That night Norman and Bea also get engaged. Norman has wanted to marry her for a long time. She says yes this time because he convinces her that he is willing to overlook her past affairs. All these matrimonial plans upset Diana. Though she has been truthful and decent in her dealings, everyone else gets a man except her! 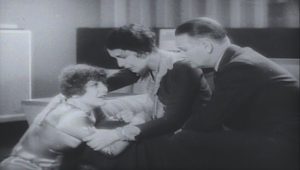 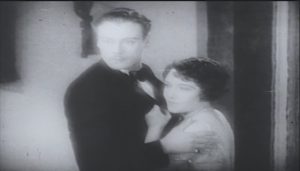 “I see…because I was a woman — not a lying imitation — you decided I was unworthy. But I thought there was nothing finer than…truth. And I still think so!” –Diana

Married life turns out badly for both Bea and Ann. Norman develops an insane jealously about Bea’s past loves and she begins lying about the smallest contact with anyone from the old gang. Meanwhile, Ann is wildly spending Ben’s money and cheating on him with Freddie, Bea’s brother. Diana decides to get away from it all by taking a Grand Tour of Europe. Is it possible that any of these people can find happiness? 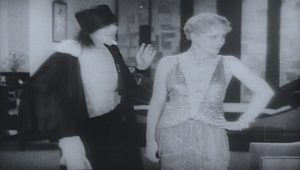 The art direction for the film is beautifully done. Diana’s art deco home is worth a slow motion look for decorating hints on this period style. I love her mother’s dressing room with a whole wall of perfume bottles!

The costumes are top-of-the-line twenties fashions. They include a fabulous white fox coat with satin appliques on the outside and a satin floor-length evening gown. This gown has a thick flower lace twelve inches deep around the bottom hem and panniers below its dropped waist. 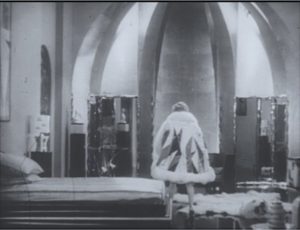 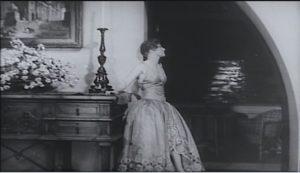 The music accompaniment on the Warner Home Video includes gems such as Toot Toot Tootsie Goodbye and Ain’t We Got Fun. The orchestral arrangements and choral accompaniment fit the action and help carry the story along. The movie actually has a soundtrack with a few actors saying their lines and sound effects like horses galloping.

Our Dancing Daughters was a very popular movie in its time and is a wonderful legacy for us. The film has preserved great performances from Joan Crawford and Dorothy Sebastian and gives us a snapshot of the life and morals of the upper class in the Roaring Twenties right before the big Crash.