THE STORY of Love Affair (1939) has been filmed three times in the last almost 80 years, a testament to its romantic appeal. Director Leo McCarey created a world that includes jaded lovers, an ocean liner, witty repartee, pink champagne cocktails, tragedy and the Empire State Building. Through the years, the lovers have been played by Irene Dunne and Charles Boyer; Deborah Kerr and Cary Grant (An Affair to Remember, 1957); and Warren Beatty and Annette Bening (1994) — all transforming the story to be set in their own time.

Get out your handkerchiefs and the pink champagne cocktails to enjoy 1939’s Love Affair, the piquant pairing of Dunne and Boyer. This is a tearjerker drama that requires three hankies!

“Lois Clarke and her 20 million smackers will be at the dock palpitating for him. And it’s good news for us mere men. Because when he arrives, Michel Marnay goes out of circulation. This time, it’s marriage.” –radio reporter 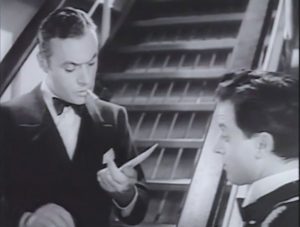 Love Affair begins as radio announcers all over the world broadcast a news flash: Michel Marnay (Charles Boyer) is sailing to America to marry a rich rock-and-gravel heiress. On board the ship, young women chase after Michel, begging for his autograph. While dodging all his pursuers, Michel meets one beauty who is not impressed with his celebrity. Terry McKay (Irene Dunne) has a sugar daddy of long standing and she is not looking for a shipboard flirtation. 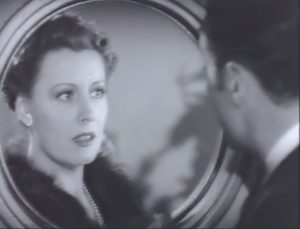 “He must be a very fascinating fellow. –Well, you can just imagine how attractive he is when I can resist so charming a person as you. –I think I’ll go now. After all, I still have deck tennis and keno, and there is always shuffleboard.” –Michel and Terry

Terry and Michel become friends, stemming from their mutual positions as gold diggers. They try to avoid public scrutiny on the ship by eating at separate tables, but everyone knows they are spending time together when they both order the same pink champagne cocktails at the bar. 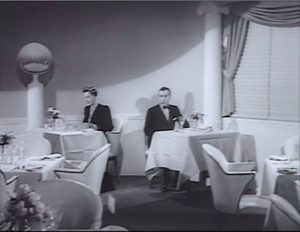 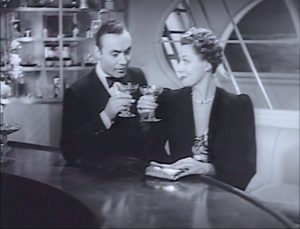 The ship makes a stop at Porto Santo, Madeira. Terry goes with Michel to meet his 77-year-old grandmother, Janou (Maria Ouspenskaya), who has a gracious home in a lovely hilltop garden with a fountain, chapel, and canaries. Terry admires a painting and discovers that Michel is the artist. She is surprised by his talent. Janou plays “Plaisir d’amour” on the piano for them before they leave. Now it is Michel’s turn to be surprised by Terry’s talent as she sings along. All three realize this is a moment they will never forget. Terry admires Janou’s beautiful lace shawl and Janou promises to save it for her. 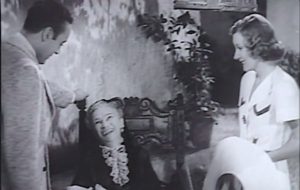 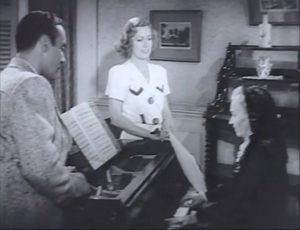 Back on board, Michel and Terry share a kiss and realize they have found true love.

“My father used to say ‘wishes are the dreams we dream while we’re awake.’ –Your father said that? –He drank a lot. –Terry and Michel

Now that it is the last night aboard, they worry about the lovers due to meet them ashore. They make a plan to meet in six months: July 1, 5:00 p.m., at the top of the Empire State Building, the “nearest thing to heaven we have in New York.”

Michel and Terry start making immediate changes in their lives. Michel calls off the engagement to rock-and-gravel heiress Lois Clarke (Astrid Allwyn), and plans to try making a living as an artist. Terry leaves her relationship with Ken Bradley (Leo Bowman) and the accompanying exclusive charge accounts and deluxe apartment. She tries her luck as a nightclub singer in Philadelphia. She becomes a big hit and begins supporting herself. 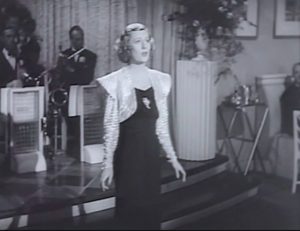 By February, Michel is showing paintings to the art dealer Maurice Cobert (Maurice Moscovich.) To make money to eat, he paints billboards, keeping the Empire State Building in his sights. 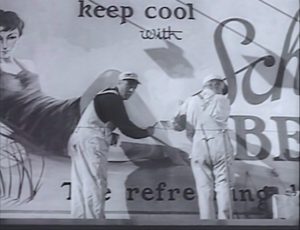 On July 1, Terry returns to New York and visits her former favorite shop to buy a new dress. The manager calls Ken to check on her credit and the staff tries to keep her there until Ken can arrive to talk to her. This makes her late for her 5 o’clock appointment with Michel. When she rushes off to 34th Street and Fifth Avenue, looking up at the Empire State Building, she gets hit by a car.

Already at the observation deck, Michel eagerly waits for each elevator car to unload. He doesn’t realize that the sirens he hears below are for Terry. As night falls, a tremendous thunderstorm lights up the sky as he waits alone. Finally, at midnight, he gives up all hope. 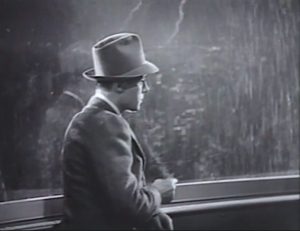 “I thought maybe you were keeping it because you were nursing a broken heart. –Oh no, no. Broken heart is not for me. Life is what you make it, Cobert. From now on I’m taking my fun where I find it.” –Cobert and Michel

Will Terry be satisfied with life in a wheelchair, using her singing to lead an orphanage choir? Will Michel continue to paint, or resume his playboy bon vivant lifestyle? What happens to Janou’s shawl? You’ll be cheering for true love to conquer all obstacles in this version of Love Affair.