Zou Zou, made in 1934, is one of the few performances of the woman lovingly known as “La Baker” preserved on film; a showcase for Josephine Baker’s comedic persona and her emotional singing. A child of the streets of St. Louis, she made her way to New York and into show business, conquering Paris wearing only a string of bananas. She became the toast of Paris and was internationally famous for her dancing, singing, and exotic beauty.

At the beginning of Zou Zou, ten-year-old twins at a circus sideshow are introduced by a sideshow barker. Miss Zou Zou is a black girl and Monsieur Jean is a white boy. The barker attempts to entice the crowd with the mystery of the children’s skin colors. Backstage, Papa Melé (Pierre Larquey) explains to his children that he adopted them as orphans. He tells them that they truly are twins, but they had two different fathers — each was a famous circus performer before his death. 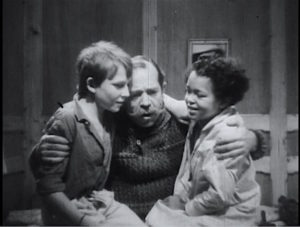 Once grown up, Jean (Jean Gabin) indulges his childhood wish and becomes a sailor. While docking in Manila, he buys trinkets for his sister Zou Zou and for his girlfriend. Back in France, Zou Zou (Josephine Baker) and Papa celebrate Jean’s upcoming return after a year at sea. Sadly, in Jean’s absence, the circus has gone broke and now this odd little family needs to find a new way to earn a living.

As soon as Jean returns to France he gets in a fight and is sent to the brig for eight days. He escapes and goes straight to see Papa and Zou Zou. The two explain to Jean that they plan to move to Paris: A friend has found Papa a job! Jean and Zou Zou then go the open-air market.

“–Your little Creole is cute. Where’s she from? –Martinique. –Your bride? –You’re kidding! –She’s sweet on you. –You bet. –You nuts? She’s my sister! –A sister who really likes her brother!” –sailors and Jean

Mischievous, kind-hearted Zou Zou walks along the booths, freeing all the caged birds. Her prank alerts the military police, who find Jean and recapture him. Fortunately, while in the brig, Jean finds out about a job opening in Paris as a machinist for a music hall. 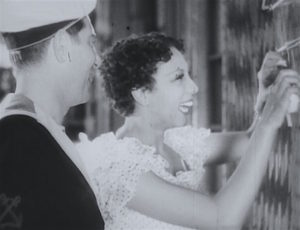 In Paris, Jean finds a job for Zou Zou too, working in a laundry that washes clothes for chorus girls. All the laundresses gossip about the people whose underthings they iron. Zou Zou entertains the girls by doing imitations of Barbara (Illa Meery), the star of the music hall. 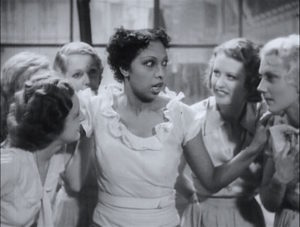 Mr. Saint-Levy (Palau), the Music Hall owner, has spent hundreds of thousands of francs on promoting and caring for the high-maintenance Barbara, but she still doesn’t sing very well. She has a secret boyfriend, a Brazilian cello player. She enjoys keeping both men on a string: Mr. Saint-Levy gives her the lifestyle she wants, while her Brazilian gives her the passion and excitement she craves.

Zou Zou introduces Jean to Claire (Claire Gerard), her laundress friend. The three go to a dance hall after work for beer, smokes and music. A masher attacks Zou Zou, so Jean decks him. They get asked to leave the club, ending their fun for the night. Zou Zou and Jean have a very complicated relationship and Zou Zou seems to love her “twin” a bit more than a sister should. 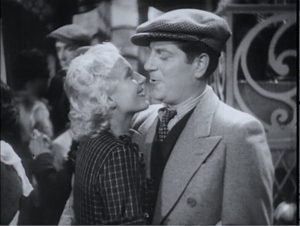 Opening night arrives at the music hall. The producer is having fits because the show is so bad and because Barbara is so temperamental. He tells a newspaper critic that the show will be a total flop. Backstage, Zou Zou delivers the laundry to the dressing room. For fun, the show girls dress her up in a sequined costume. Once she sees herself, she finds Jean so he can see and admire her, too. He does a lighting test on her in the costume, opening the stage curtains as a joke while she clowns and dances on stage. The producer catches her little act and begins to search for her. Zou Zou runs away because she thinks he wants to punish her. 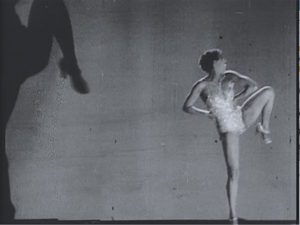 Jean goes to Barbara’s dressing room to do some electrical work and ends up helping the petulant star run away with her Brazilian boyfriend. Zou Zou sees Jean and Barbara locked in an embrace and misunderstands the situation. As time goes by, Zou Zou begins to confront her confusing feelings about Jean.

Later in the evening, Jean gets Claire at the laundry and takes her back to the dance hall. Zou Zou is at home when Papa is carried in the door after suffering an accident at work. He dies, and Zou Zou goes crazy with grief, running through the streets, searching for Jean. Jean has left the dance hall to look for cigarettes. Outside, he gets caught up in a street fight between two men fighting over a jewelry heist. One of the men is killed and the police think Jean is responsible. Zou Zou witnesses the whole thing and knows that the real killer has a missing index finger.

All their friends are worried and fearful. They all know that poor people don’t have a chance when it comes to the justice system. Zou Zou becomes desperate to get some money to help Jean. She goes to the music hall producer for help and he makes her the star of the show.

The theater is packed on Zou Zou’s opening night. In an opening production number, girls the size of dolls are piled in a gigantic satin-covered bed. Some of the girls wear skimpy black voile lingerie while others wear white satin. The chorines are joined by boys in satin pajamas. Next is Zou Zou’s feature, “Who will give me back my Haiti?” Zou Zou appears as a bird in a gilded cage. She sings a melancholy, sweet song as she swings, wearing only a few strategically placed feathers and diamonds lined up along her earlobes. She’s an instant hit. 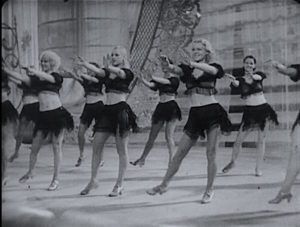 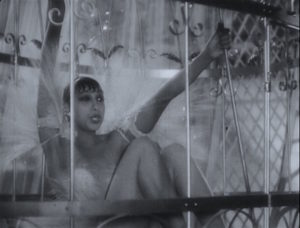 “All of Paris is in the auditorium. There are statesmen, ambassadors– –Who cares!” –Zou Zou and Josette

The show continues with the chorus girls doing a number in diaphanous rumba outfits and then Zou Zou singing, “For me, there’s only one man in Paris, it’s him.” Clad in a satin sheath with a fish-tail train, feathered neckline, beaded sleeves, silver fingernails and a tiara worn at an angle, she’s every inch glamorous. The former circus girl and the laundress are nowhere to be seen. 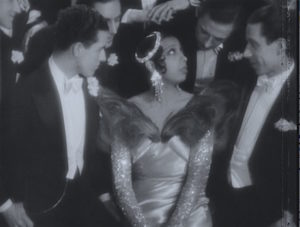 Will Zou Zou raise enough money to help Jean? Will her story of the maimed man convince the police commissioner? What will Zou Zou do if Jean and Claire get together? This French film gives us a bouillabase of working-class life, show business, mystery, intrigue and romance, with the talents of beautiful Josephine Baker tying it all together.

[Note: Zou Zou is in French, with English subtitles. There are a few scenes with female nudity.]