Wings takes us back to those compelling days during World War I, the first American war in which airplanes and fliers were critically important. The Fokker, the Spad, the Sopwith Camel — all became part of the vocabulary of war. Women played a role in this war too, going to the fronts, a prelude of that independent feminine spirit that became the flapper.

Wings (1927) is a quintessentially American story of two boys who grow up in the same small town; one boy from the richest family, the other from a poor blue-collar family. Both boys are in love with the same girl. Will they go to war, cover themselves in glory and return triumphant to woo the girl? Or will death be waiting for them in the skies over France? 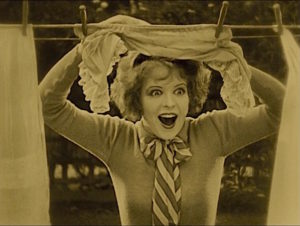 The story begins in Texas in 1917. Our poor boy, Jack Powell (Charles ‘Buddy’ Rogers), has lived next door to Mary Preston (Clara Bow) all his life. They are the best of pals and this affects Jack’s ability to see Mary as the attractive young woman she has become. Capable Mary helps Jack build his racing jalopy. Together they name it “The Shooting Star.” 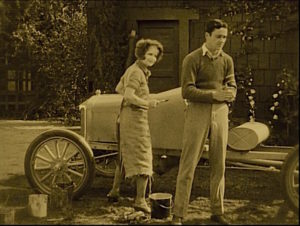 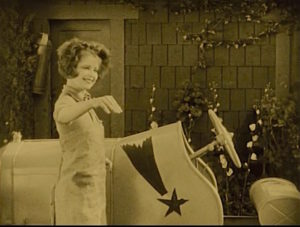 “D’you know what you can do when you see a shooting star? … Well, you can kiss the girl you love.” –Mary

When war is declared all the boys in town go down to sign up at the Aviation Examining Station, including David Armstrong (Richard Arlen), our rich boy. The girls in town give photos of themselves to the boys as their contribution to the war effort. One photo in particular demand is that of Sylvia Lewis (Jobyna Ralston). David and Jack both have hopes for Sylvia’s hand. They leave for flight training school with the rivalry fomenting openly between them. 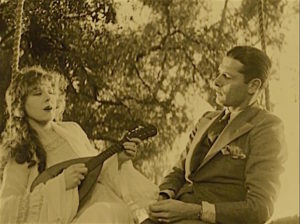 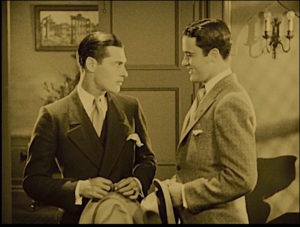 Flight school has its share of dangers. The first day, the boys meet their tent mate, Cadet White (Gary Cooper) who goes out for a practice flight, crashes and dies — leaving his half-eaten Hershey bar behind on his cot. It’s a scary beginning for our two boys. 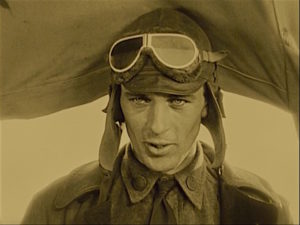 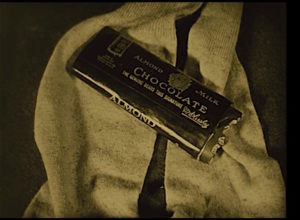 David and Jack get sent to an aerodrome behind the battle lines. Five planes go up for a dawn patrol looking for the German Count von Kellerman and his Flying Circus. The battle between the Fokker DVII’s and Spads is shown with glorious, soaring dogfight footage. 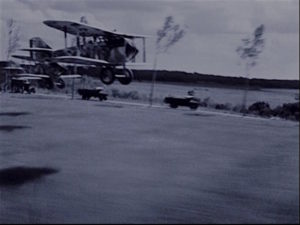 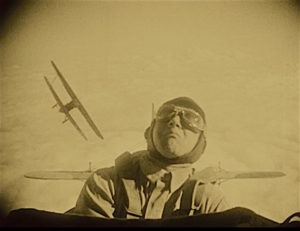 Enterprising Mary joins the war effort too. She’s a driver for the Red Cross, venturing into battle areas to deliver medical supplies. 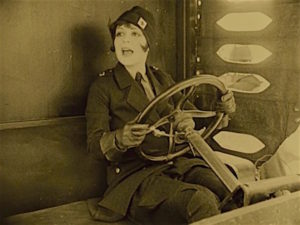 Jack and Mary see each other when the boys are granted a leave in Paris. The time gets cut short so the boys can fight in The Big Push. 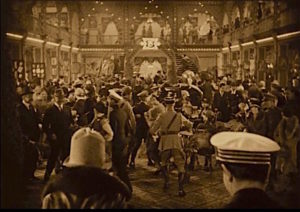 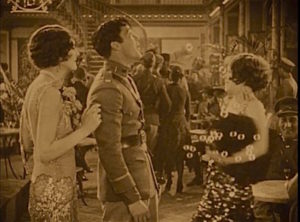 “You know there is nothing in the world that means so much to me as your friendship!” –Jack

Watching a silent movie can be difficult if you are not used to it. Like a foreign movie with subtitles, you need to be prepared to watch the movie with your complete attention as you read the titles.

As the winner of the first Best Picture Academy Award, Wings holds up very well for modern viewers. The musical accompaniment is well-suited to the action along with the sound effects in the 2012 restoration. The story, which is rich and dramatic, is easy to follow with the help of the well-written titles. 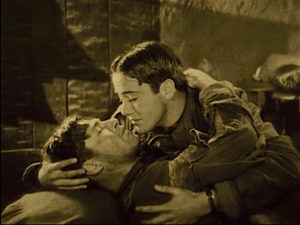 Wings is a well-told war story with exciting aerial footage, directed by William Wellman. The lead actors turn in superior performances. And seeing Clara Bow is worth the admission price alone. 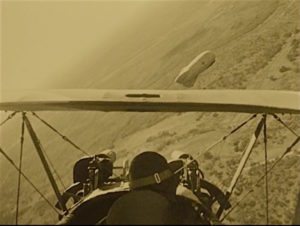