St. Louis Blues is the 1958 Hollywood version of W. C. Handy’s life, formulated as a vehicle for his music as opposed to an accurate biographical portrayal. However, St. Louis Blues is well worth it because of the music and the fine performances.Although his exact place in the pantheon of blues greats is debated, W. C. Handy was important for his early role in the popularization and publishing of the blues. 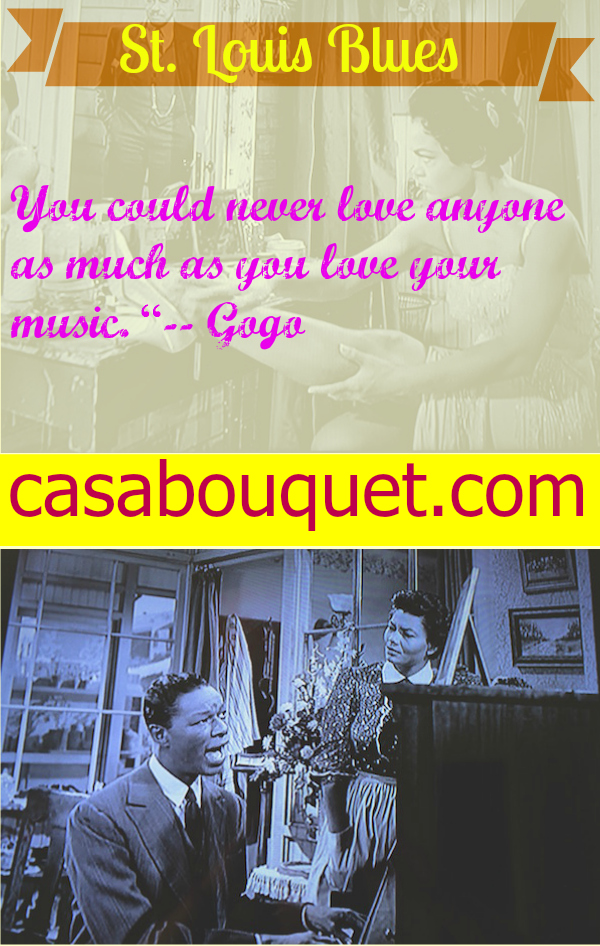 It’s time for a visit to Beale Street and “Professor” William C. Handy –Memphis native, blues pioneer and composer of the St. Louis Blues. Young Will lives in Memphis with his Aunt Hagar and his father, a fundamentalist preacher. Reverend Handy strictly interprets the Bible to say that the only music that should be allowed is church music, and, heaven forbid, any dancing. Will spends the first 250 pennies he ever earns on a treasured cornet, which his father finds and throws under the wheels of a horsecart.

“That’s right, Reverend, stick to your guns. You stick to them because, after all, prejudice is a time saver. — I beg your pardon. — A busy man like you, you can form an opinion without wasting time bothering about facts.”–Gogo and Reverend Handy 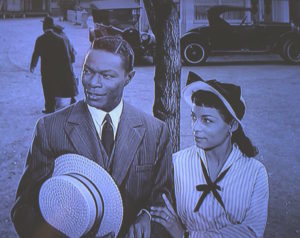 Will returns to Memphis after completing college, but he just can’t seem to settle down to a life of teaching music and playing organ at church. He writes tunes all the time and ultimately gets hired by a politician to lead a band and write a campaign song. Beale Street chanteuse, Gogo, lures him into working with her as her accompanist in a speakeasy. And from that point on, we see him work his way to national recognition and his place in history as a blues pioneer. 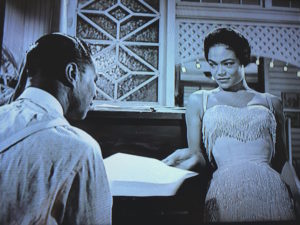 It’s well worth seeing the film just for the stars and the music: Nat “King” Cole stars as W.C. Handy, Pearl Bailey as his Aunt Hagar, Eartha Kitt as Gogo, with other roles by Ruby Dee and Mahalia Jackson. 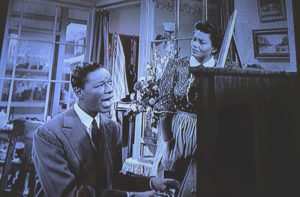 Cole plays the piano throughout the film (Handy was famous for the cornet) and sings a wonderful version of Careless Love. Eartha is at her fiery best and gets to wear some very revealing costumes. Many of Handy’s familiar tunes are featured, some with updated lyrics: Yellow Dog Blues, Careless Love, Morning Star, Beale Street Blues, St. Louis Blues, and Friendless Blues. Watch out for Ella Fitzgerald and Cab Calloway.

Love St. Louis Blues for the performances and the music, but sing the blues because of the fictionalized story; Handy would have been much better served by an accurate portrayal of his life. 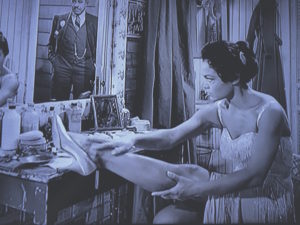 In Lisa’s Home Bijou, I’ll share my reviews of classic films and hopefully inspire you to have a few film festivals of your own. I am proud to claim Betty Grable as a distant cousin. My “film career” began when my parents named me for Leslie Caron’s character in An American in Paris.