You are here: Home / Culture / Lisa’s Home Bijou: Springtime in the Rockies

Carmen Miranda’s vivaciousness and unique style are showcased in the 1942 film, Springtime in the Rockies. Portuguese by birth, Carmen Miranda emigrated to Brazil with her family as a youngster. As a teen she began working as a milliner and sang a bit on the radio. Although Carmen never grew past 5 feet tall, she became a Brazilian national treasure and an extremely popular bandleader and entertainer in the United States.

Springtime in the Rockies (1942) is a tale of two bickering lovers who are also Broadway stars. It’s the story of how they find happiness, along with all their friends, by the shores of Lake Louise in the Canadian Rockies.

When we first see Dan Christy (John Payne) and Vicky Lane (Betty Grable) they are starring in “Stars in Your Eyes” on 42nd Street in New York. Dan is late for his duet with Vicky, who is worried. She talks things over with her friend Phoebe (Charlotte Greenwood). 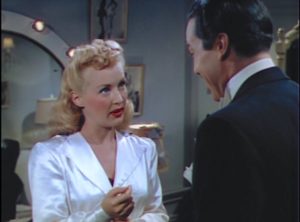 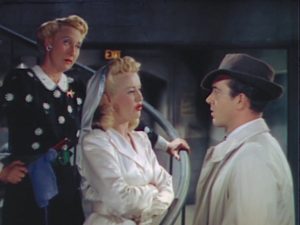 “…He had a surprise for me. –Sounds like the old run-around. –Sounds more like an engagement ring to me. What else would a surprise be? –Well, I don’t know. Men have given me lots of surprises, they were never rings!”—Vicky and Phoebe

While they wait for Dan in the dressing room, Victor Prince (Cesar Romero) knocks at the door. Victor is Vicky’s old dancing partner and he wants her to join him again for a national tour. She nervously brushes him off because her heart belongs to Dan.

Dan finally arrives at the theater, so late that Vicky figures he must have been with another woman. He smells of expensive debutante perfume. After they sing and dance in a special-effects rainstorm on stage to “Run Little Raindrop, Run,” Dan tells her that he was late because he was buying a ring for her at Cartier’s. She cries tears of joy, but when he hands her a handkerchief, she sees that it is embroidered with the debutante’s initials. Victor’s offer of partnership suddenly looks much better to Vicky, so she takes him up on it.

Vicky and Victor do very well in their tour of nightclubs and hotel lounges. Meanwhile, Dan is jobless and spends his free time drinking. He meets a friendly bartender, MacTavish (Edward Everett Horton). While in the bar he finds out that the producers Bickell and Brown want to put up $60,000 for Dan’s new show, but the string attached is Vicky — they insist that she co-stars in the show. Dan’s agent, the Commissioner (Jackie Gleason), pays MacTavish to get the very drunk Dan on a plane to Lake Louise, where Vicky and Victor are enjoying a very successful gig at the Chateau. 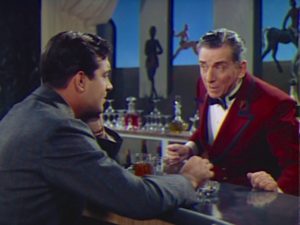 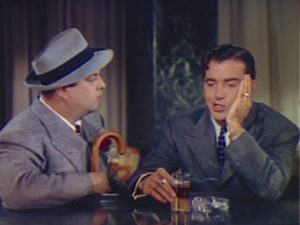 An engagement and new employees

Dan wakes up in a hotel bed, very angry about the trumpet music that has awakened him. Outside, Harry James is entertaining the Chateau guests with “I Had the Craziest Dream” and “You Made Me Love You.” When MacTavish hands Dan a Bromo to relieve him, Dan can’t remember that he hired him as his a valet. MacTavish tells Dan a story: 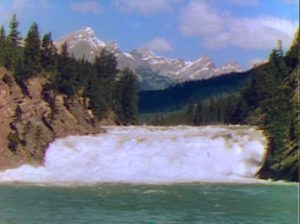 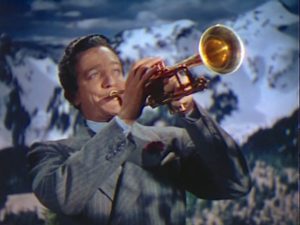 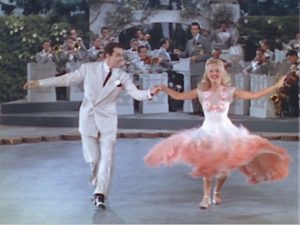 “You see, when my Aunt Stephanie died I was a freshman at Harvard and in her will she stipulated that I was to receive an allowance of $10,000 a year as long as I remained in college. … Yes, sir, yes, sir, I’ve been going to school now for 20 years. I graduated last month. –20 years at one college? –No sir, no sir, I have diplomas from five!” –MacTavish and Dan

Dan intends to bring Vicky an engagement ring he purchased in Chicago, but once at Lake Louise, he finds that Vicky and Victor are already engaged. He returns to his hotel room to discover that while drunk in Detroit, he had hired a secretary, Rosita Murphy (Carmen Miranda). Dan can’t handle the pressure of everything he did while drunk or of Vicky’s apparent disinterest. He wants to return all his new employees to their points of origin and go back to New York. But MacTavish and Rosita want to stay in Canada. They convince Dan that Vicky has become jealous of the relationship she assumes exists between Dan and Rosita, so he decides to stay in Canada as well. 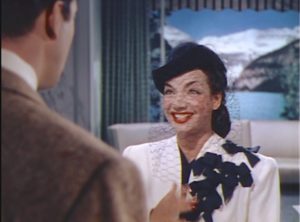 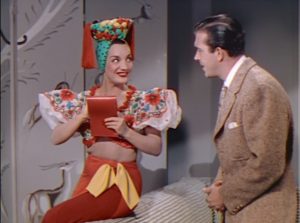 “Well, here I am, ready to go to work. –Murphy, take a letter. –Good neighbors! Is that what a secretary wears in Brazil? –Why, you don’t like my outfits? I think it’s a knock down. –Well, what good is it if there’s not a Mardi Gras in town?” –Rosita and Dan

Vicky now needs to decide between Victor and Dan and now MacTavish looks like a good catch to Phoebe and Rosita. Rosita and Victor dance extremely well together. Bickell and Brown and the Commissioner all want Vicky. The song and dance numbers help move all this convoluted story line along:

Betty Grable and Carmen Miranda look marvelous in Technicolor. Carmen is a real part of the action of Springtime in the Rockies, not just here for musical insert. Her patter-style of singing and her comedic talent are shown off very well. 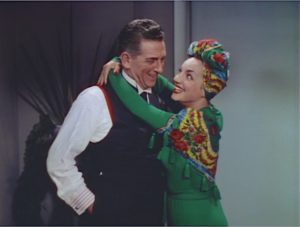 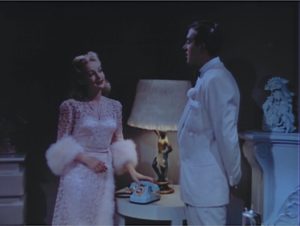 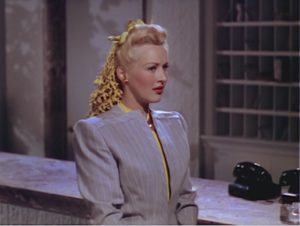 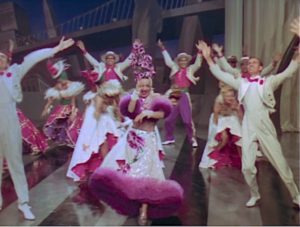 Harry James and Betty Grable do not share much screen time, although in real life, they married and raised a family in Las Vegas. Charlotte Greenwood (see her in Oklahoma and Moon Over Miami) and Edward Everett Horton (see him in Top Hat, among others) lend their usual top-notch support to the film. Springtime in the Rockies is a fun-filled look at wartime show business, resort life, and the Latin pizazz of Carmen Miranda.

Resource Links for Springtime in the Rockies