I thought Stella Stevens would be the star of this movie. She gets to sing and have a few key scenes with Elvis. I definitely would have liked more from such a 1960s icon. Stella plays Robin, Ross’ old girlfriend. 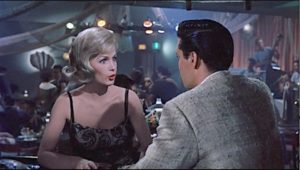 Ross Carpenter (Elvis Presley) takes out private charters on the boat Kingfisher. His clients want sport fishing for marlin and swordfish. Elvis gets to show some muscle reeling in the huge fish. 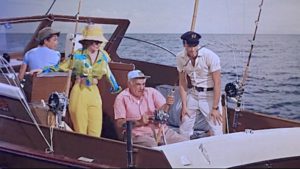 As an orphan, Ross has made his own family relationships with people around Oahu.

“When I was a kid after my father died I lived on what other people gave me. Clothes that other kids had outgrown and didn’t fit me. Toys that had been broken and thrown out. I even got to where I thought the food I ate was given to me because someone else had finished with it.” –Ross

First, Papa Stavros owns a fleet of boats including the Westwind, a sailboat Ross built with his father before he died. He and Mama have to move to Arizona and they have to sell all their boats. Ross takes Laurel to a big Greek anniversary party for Mama and Papa. 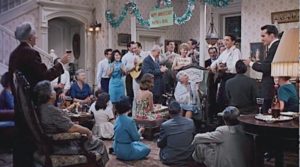 Next, Ross is buddies with the folks at the Pirates Den nightclub. Robin Gantner (Stella Stevens) is the headliner. Sam offers him a job singing anytime. Ross meets Laurel Dodge (Laurel Goodwin) at the club. Laurel is from out of town – very cagey about who she is, where she’s from. 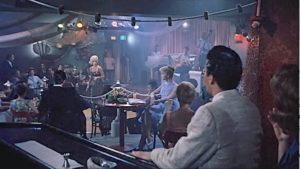 Ross introduces Laurel to another family of his, the Yungs. They live in a plantation-style house at Paradise Cove (this could be on the leeward side, at today’s Ko Olina). Kin Yung (the great Benson Fong) runs a fishing operation. His son Chen works for Ross. 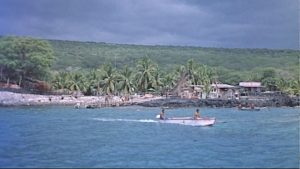 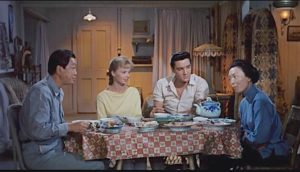 The plot revolves around Ross’ conflict with Wesley. Wesley Johnson (Jeremy Slate) is a broker at the marina with a reputation for drinking and chasing women. He decides to buy all of Papa’s boats. Ross needs $10,000 to buy the Westwind back from him. He has to go to work as a tuna boat captain for Wesley and a singer for Sam at the Pirates Den. 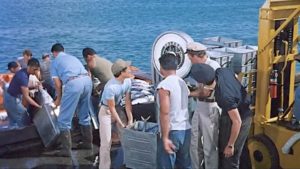 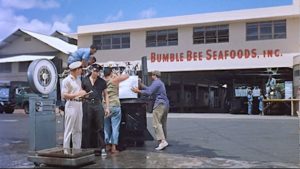 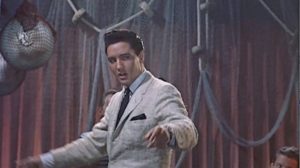 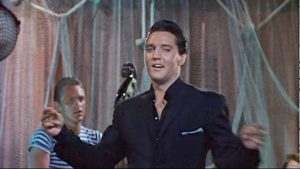 Girls! Girls! Girls! never mentions Hawaii. The Pirates Den is nautical. Street scenes look like they are on set. The movie theater posters on the street show Blue Hawaii. I kept wondering if the original script was supposed to be in New Orleans or Florida and the producers went for Hawaii instead. 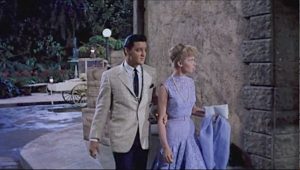 The Ala Wai Boat Harbor in Honolulu is prominently featured along with the Kewalo Basin Harbor. Bit parts are filled with Hawaiian extras. Outrigger canoes are in the Paradise Cove scenes and a cat named Kapu. The Ala Moana Building is in the skyline, with the first revolving restaurant in the US. 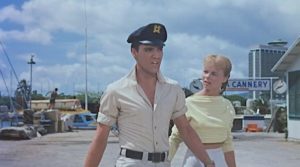 The tuna boat called Kilohana and the fishing scenes are off the Waimanalo coast. Today the tuna market is near Sand Island and the Kapalama Basin. At the party at the end we have Japanese, Chinese, Spanish, Brazilian, Tahitian, Phillipine, and Balinese dancers. 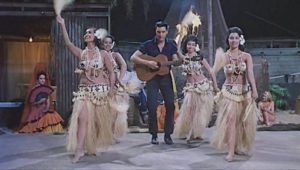 The top hit from the movie is Return to Sender and watching Elvis sing it on stage is just great. Other songs on the soundtrack:

Elvis looks really good in Girls! Girls! Girls! He’s skippering the boats, reeling in fish, wielding tools, dancing, and singing. The Sixties’ women’s fashion are so much fun! All the Elvis movie plot points are here: fighting over a woman, lame comedy, and interaction with sweet little children. 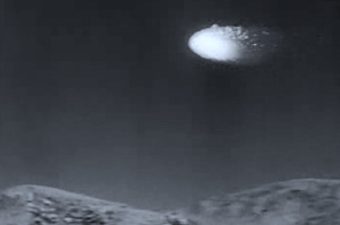 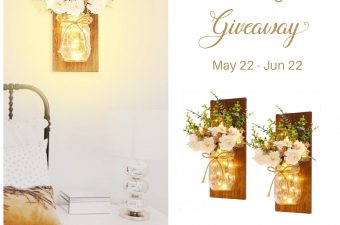 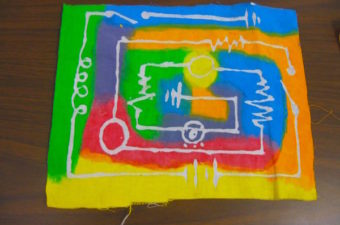