In The Flying Deuces (1939) Laurel and Hardy are unable to resist the lure of the desert, and airborne hilarity is the result. For romance and adventure, nothing quite equals the image of the French Foreign Legion during its heyday in 1920s – 1930s Morocco. During this time, the airplane emerged as the desert fighter’s chosen tool.

The Flying Deuces opens in Paris, where Stan Laurel and Oliver Hardy (aka “The Boys”), two Des Moines fishmongers, are taking their dream vacation. When it comes time to go home, Ollie refuses to get on the boat because he has fallen in love with Georgette (Jean Parker), the innkeeper’s daughter. 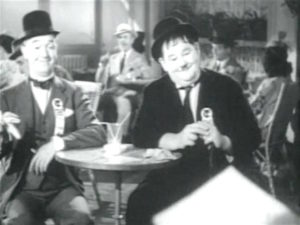 “Stanley, can you keep a secret? –Sure –You don’t tell me! Who is it? –The most gorgeous creature in the world! Georgette, the innkeeper’s daughter. –Well, I don’t blame you. She sure is a swell dish! –Don’t call her a dish! She’s the girl I’m going to marry.” –Ollie and Stan

Unbeknownst to The Boys, Georgette is married to François (Reginald Owen) who is off serving his country in the French Foreign Legion in Morocco. When Ollie finds out about François, his life becomes pointless. 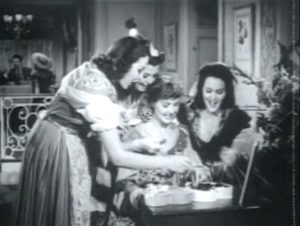 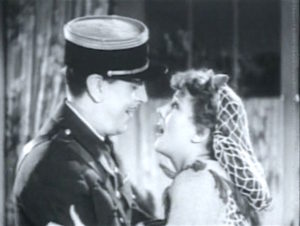 Ollie decides to drown himself in the Seine. At this moment, a man-eating shark escapes from the Paris Aquarium into the river. Ollie is sure he wants to drown, but he has no interest in being eaten by a shark.

With Stan as his faithful helper, Ollie just can’t seem to successfully commit suicide. In the midst of their absurd pre-suicide discussions by the Seine, they meet François, who advises them to join the French Foreign Legion to help them forget their troubles.

“No woman is worth that! –I should say not. –You haven’t seen her. If you knew her as I know her. –I understand, but don’t forget there are plenty more fish in the sea. –He’s not in love with a fish, it’s a girl. … —Life is too precious to throw away on account of some woman who probably isn’t worthy of you. …–What is your suggestion? –Join the Foreign Legion. –What for? –To forget!” –François, Stan, and Ollie

In Morocco, the Boys’ first big assignment as Legionnaires is to wash, dry and press a veritable mountain of laundry. Ollie suddenly realizes that he’s accomplished his goal to forget his troubles. 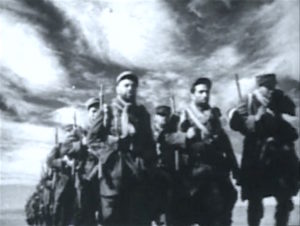 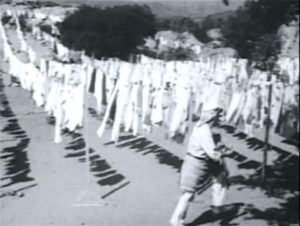 Since he’s over his problems, he feels he’s now free to quit. But the Legion doesn’t quite see it that way and The Boys get taken into custody. Waiting for their guards out in the yard, Ollie is moved to sing “Shine on Harvest Moon,” resulting in a charming soft shoe performed by Stan and Ollie. Their dancing helps them to escape from the guards, and the chase is on. 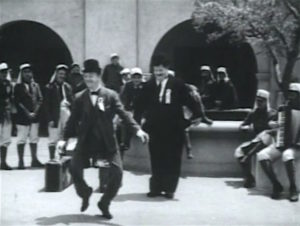 The Boys try to hop a train back to Paris, but they are caught during their escape and sentenced to die for desertion. 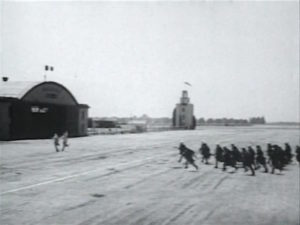 Amazingly, they manage to escape again, but now the entire post is chasing them. To elude the Legion, they decide to hide out in an airplane. Naturally, these two former fishmongers have no idea how to fly an airplane, so a crazy, scary flight ensues, with the stunt pilot truly outdoing himself to capture these scenes on a wild 6 minutes of film. 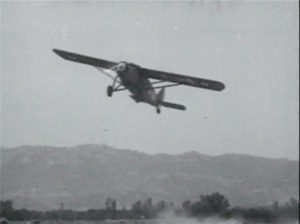 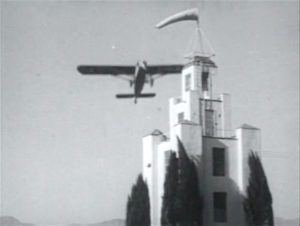 “Now there’s another nice mess you’ve got me into!” –Ollie

It’s amazing how Laurel and Hardy’s humor makes you feel such affection. It’s closely tied up with the loyalty they have to each other, through thick and thin (hah!).  Any movie with these two is a great stress-reliever, so make the time to take a fun-filled flight with The Flying Deuces.

Related Links for The Flying Deuces