Kensington Palace in London has been a royal residence since the 1600s. I enjoyed spending a day visiting Kensington Gardens and the museum at the palace.

William III along with his wife Mary became the King and Queen of Britain in 1689. They bought the house and had Sir Christopher Wren add to the structure to make them a palace. (Special to me because I am a College of William and Mary alum and took classes in the Wren Building!) 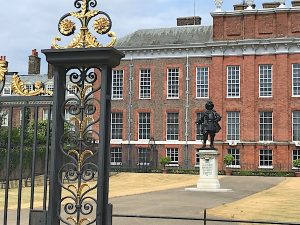 Queen Victoria grew up in Kensington Palace. It has been used as a residence all the way to today. The museum has a large and very well designed exhibit about Victoria, but there are other sections you may wish to explore. 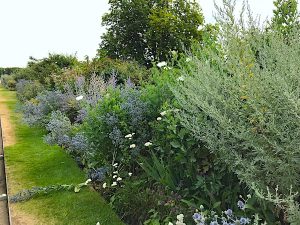 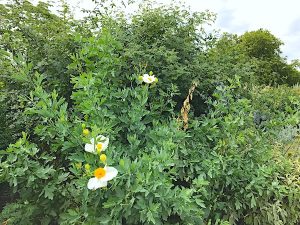 The gardens are very nice for strolling. The Round Pond is a beautiful peaceful place in a very busy city. 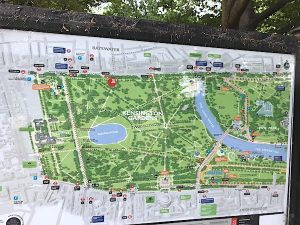 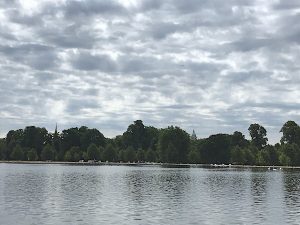 As you approach the palace, a large statue of Victoria dominates. 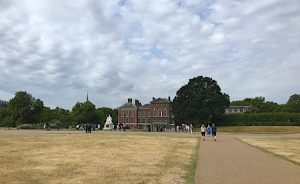 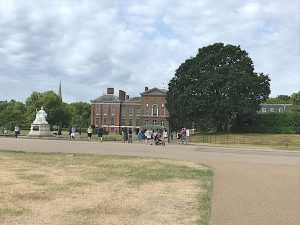 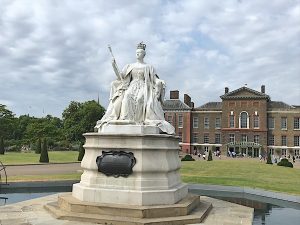 I particularly wanted to see the Queen Victoria exhibit. It begins in the room where she met the government as the new queen at age 18. She was a very small person and I loved studying this dress on display. I’m sorry I didn’t put something in the picture for scale. Her height was between 4’10” and 5′. 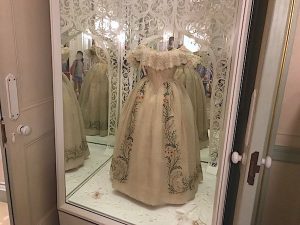 I just love this beautiful portrait of young Victoria by Winterhalter. Here is a wall with portraits of Victoria and Albert and all their children. 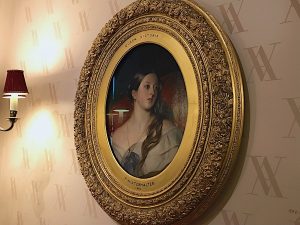 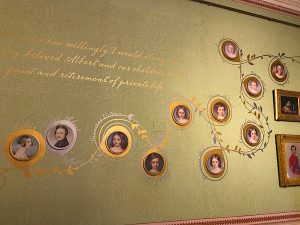 Three beautiful sets of jewelry worn by royalty are on display. 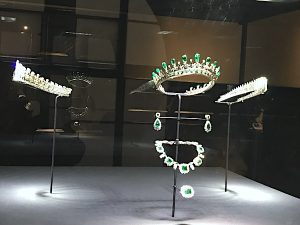 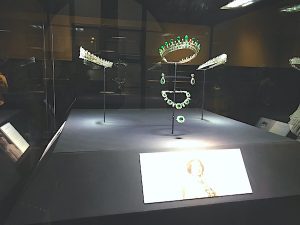 Queen Victoria’s emerald and diamond parure is spectacular. A parure is an extensive set of matching jewelry. During Napoleon’s time, parures began to include a tiara, necklace, earrings, bracelets, and brooch. 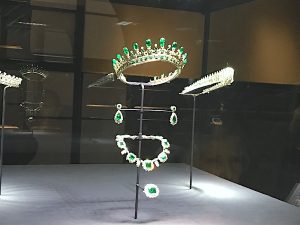 Princess Louise was the daughter of King Edward VII and Queen Alexandra. Princess Louise’s Fife diamond tiara was from her husband’s family. 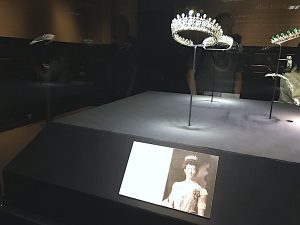 Princess Louise’s diamond necklace kokoshnik is another spectacular piece.  Kokoshniks began as headdresses worn by Russian women. In the 1800s, they became popular as a type of tiara with pearls and other jewels. Queen Alexandra’s sister was Maria Feodorovna, tsarina of Russia, and Alexandra admired the style. She wore and gave kokoshniks as gifts. 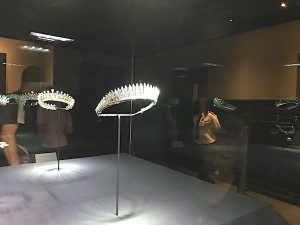 When we left the palace, we walked out along Studio Walk, along the side of the private residences. You can’t see in, but I loved that we could hear children laughing, playing in the garden inside the walls.

If using Big Bus London, the blue route has a stop for Kensington Palace. The Underground has nearby stations at Notting Hill Gate, High Street Kensington, and Queensway.