Located in decadent pre-war Berlin, Grand Hotel is an art deco treasure, where music is always playing and the people are always beautiful. The film Grand Hotel won the Best Picture Oscar in 1932 and is still a winner today. 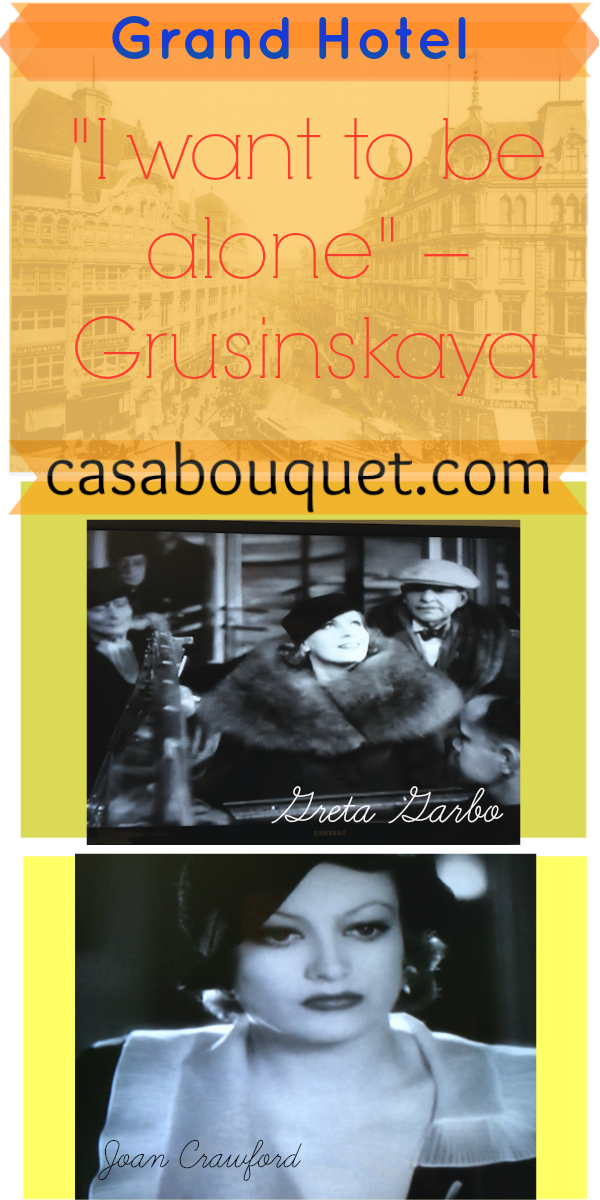 “I just want to be alone.” — Greta Garbo as Lizibeta Grusinskaya

Grand Hotel is a beautiful linzer torte of a movie, a treat of an intelligent script, quality casting and a luxurious art deco setting. The hotel is a character right along with the actors. She is the belle of Berlin, the place to see and be seen. The film follows three days in the life of the Grand Hotel and the interesting people who stay there.

When the film opens, the bustling hotel lobby is filled with the main characters, who are all on the telephone. The film cuts quickly from conversation to conversation, and this speeds up as the scene progresses. The anticipation mounts: what are all these people up to?

Grand Hotel is an art deco jewel. All the floors have a view of the lobby and the effect is like a lovely nautilus shell. A steady stream of well-dressed people come and go as dance music plays on and on. 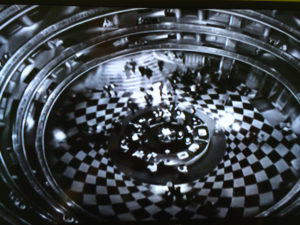 “I’m sure my beautiful room will appeal to your artistic sense. It has real velvet upholstery. A-Number-One!” – Otto Kringelein

The plotline follows the parallel lives of several hotel guests. Otto Kringelein (Lionel Barrymore) has come to Berlin for a final fling before he dies. He can eat, drink, dance, gamble and mingle with the finest of society — all without leaving Grand Hotel.

Lizibeta Grusinskaya (Greta Garbo) is a famous ballerina. She misses Russia terribly (after the 1917 revolution, many Russians with ties to the nobility lived as exiles in western Europe). She is very emotional and her entourage has a difficult job handling her needs. 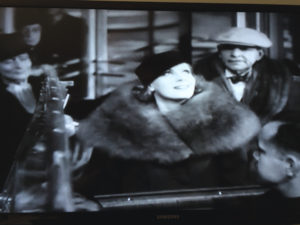 The Baron Felix Benvenuto Freiher von Geigen (John Barrymore) is a thief working as a front man for a gang and is after Grusinskaya’s celebrated pearls. He has the society cachet and the wherewithal to get to where the jewels are. During their stay at Grand Hotel, the Baron and the ballet dancer enter into a romance.

“That’s my creed, Kringelein, a short life and a gay one.” — The Baron Felix Benvenuto Freiher von Geigen

Flaemmchen (Joan Crawford) is a top-notch free-lance stenographer who really wants to be a movie actress. She’s hired by Preysing (Wallace Beery), who’s in town to arrange a merger to save his company. He’s very married, yet he’s a little too interested in Flaemmchen. 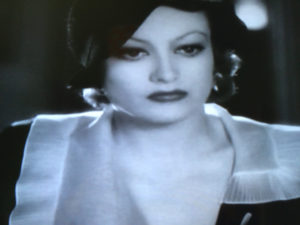 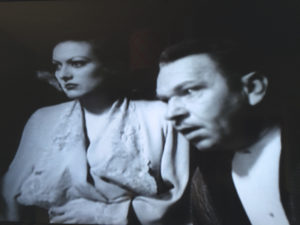 The characters converge in the Yellow Room at 5 o’clock, which is quite the place to be. High tea is served, there’s an American bar and dancing to live jazz. 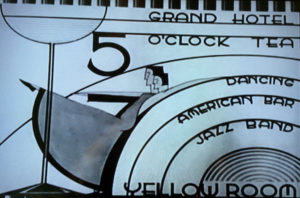 Kringelein drinks Louisiana Flips and everyone feels frantically gay. The main characters can’t resist the lure of the Yellow Room, and much goes on between them here. 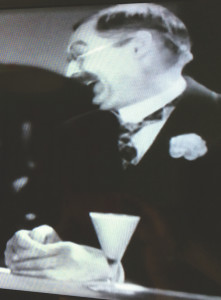 The script is based on the play by Vicki Baum. Gowns for the film are designed by Adrian. Grand Hotel won the Best Picture Oscar for 1932, and its “parallel lives within one structure” premise became the model for many other movies and television shows since. 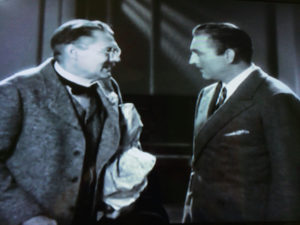 Grand Hotel treats us to a performance by the Barrymore brothers (Drew Barrymore’s grandfather and great-uncle), a star-making performance by Joan Crawford, and we get to hear Greta Garbo utter her most famous line. Our brief stay in the hotel provides drama, romance, comedy, beautiful settings and time well spent with some fascinating guests.