In The General (1926), Buster Keaton brings a serious Civil War true story to the screen while using the pathos and single-mindedness of his character, along with spectacular special effects, to amuse and entertain the audience. The General has trains, war, and a love story: a little something for everyone.

Buster Keaton, one of the most beloved of silent comedians, was known as “The Great Stoneface” due to his demeanor. He used his great athleticism to perform amazing stunts that added a frantic comic element to his films.

The General is a trusty steam engine of the Western and Atlantic Railroad. Johnnie Gray (Buster Keaton) is the railroad engineer who lovingly cares for and runs this wonderful locomotive. Johnnie and the General spend their time running between Marietta, Georgia and Tennessee. 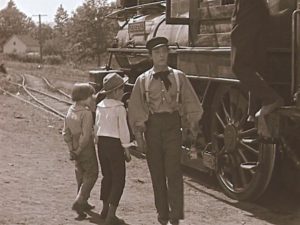 In the spring of 1861, Johnnie visits his girlfriend in Marietta, Annabelle Lee (Marion Mack.) As a token of his love he gives Annabelle a photo of himself with the General. During his visit, the Civil War breaks out when Fort Sumter is fired upon. Annabelle’s father and brother rush to enlist and Annabelle wants Johnnie to join up too. 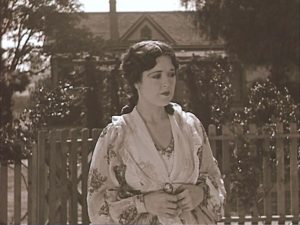 The recruiters decide that Johnnie is more valuable to the war effort as an engineer than as a soldier. Unfortunately the recruiters don’t explain this to Johnnie, they just won’t let him enlist. He leaves Marietta in disgrace. Annabelle won’t see him anymore since he’s not in military uniform. 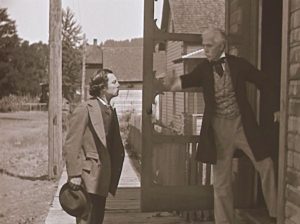 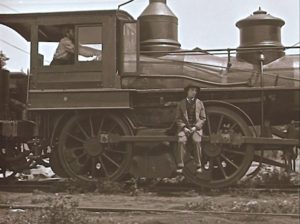 A year passes while Johnnie faithfully runs the trains. He gets a chance to prove his loyalty to the cause when a Union saboteur hatches a plan to steal the General and its train. Johnnie realizes the train has been stolen just in time to begin pursuit in another locomotive, the Texas. 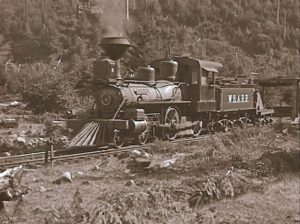 “At Big Shanty we will steal the train while the passengers and crew are at dinner, and proceeding North we will burn every bridge, cutting off the supplies of the army now facing you.” –Anderson

It turns out that Annabelle is traveling on the stolen train. She is on her way to Tennessee to visit her wounded father. The saboteurs kidnap her. Now Johnnie has the most important mission of his life — saving his two greatest loves, the General and Annabelle. 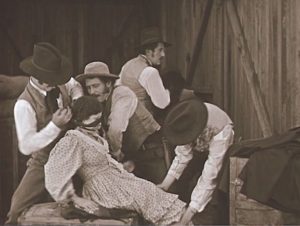 The Union saboteurs plan to vandalize the track all the way from Georgia to Tennessee. This cuts off one of the South’s main arteries. Johnnie manages to doggedly stay on their tail and foil each attempt with his wit, athletic agility, and his pure luck. 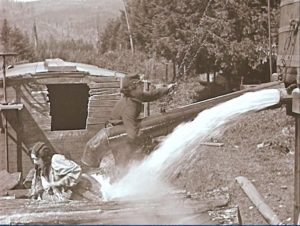 The General was not very well received in its own time, and today’s viewer will wonder why. There is fine attention to detail throughout the film with the costumes, the trains, locations, and the even pacing and blending of the absurd and the serious. The filmography and special effects for the long chase scenes are especially well executed. The music on the streaming version uses piano and fiddle with lots of folk tunes to accompany the action.

This is a must-see on many levels: for Buster Keaton fans, students of silent film, Civil War buffs, train enthusiasts, and lovers of stunts and special effects. The General has a little something for everyone.

Resource links for The General