Father of the Bride (1950) opens with a scene of complete chaos: bottles, confetti, and trash all over a home. Stanley Banks (Spencer Tracy), the father of the bride, speaks to us about his opinion of marriage and weddings.

“Someday in the far future I may be able to remember it with tender indulgence, but not now.” –Stanley Banks 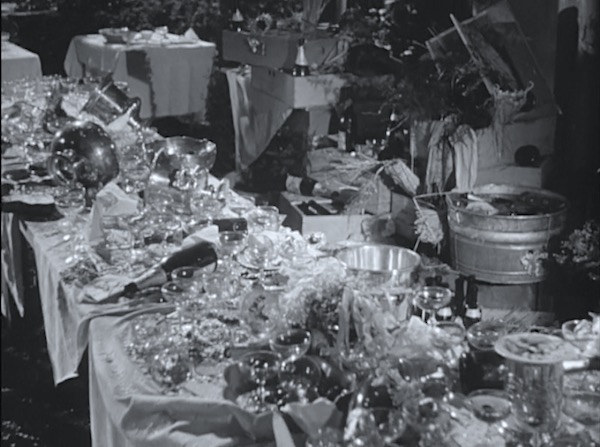 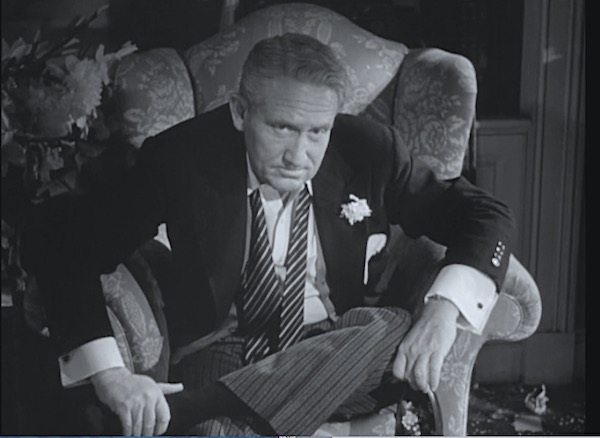 The Banks family owns their own nice house. They have a boy in college, a daughter, and a younger brother, Ben, Kay (Elizabeth Taylor), and Tommy.  There is also a wife and a maid. 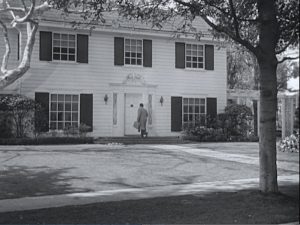 Dinner at the Banks home is very nice, with silver candlesticks and a flower arrangement. Stanley is trying to figure out what is going on with Kay. It turns out she is ready to get married. He is going to be the father of the bride.

“From the way she talked about this Buckley you’d think he was Moses and Einstein and Gallup all rolled into one. I tried to remember which one he was, there’d been so many boys who’d beat a path to our door.” – Stanley

While Stanley worries about Buckley, his wife Ellie (Joan Bennett) immediately jumps into worrying about the wedding. Stanley feels doomed after he advises Kay to wear a heavier coat, she ignores him, then changes coats when Buckley (Don Taylor) advises it. 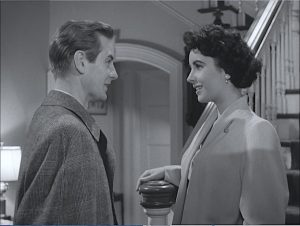 Stanley can’t sleep. He thinks that he and Ellie don’t know anything about Buckley and whether he will be a good husband.

“I thought you know we might have a little talk. I thought I’d talk to him about what he’s earning, you know that sort of thing. –Oh you’re kidding. I didn’t believe they really did that. I thought all that was just a gag. –Well you know after all when a man’s only daughter is wanting to get married …–Okay if you want to go through all that old-fashioned rigamarole, it’s okay with me.” –Stanley and Kay

Stanley and Buckley have a meeting. This is one of the best scenes in the movie. It’s a very uncomfortable discussion about finances. Stanley does all the talking and doesn’t manage to find out much of anything about Buckley’s business. 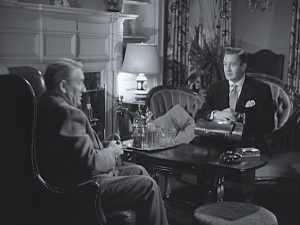 Stanley and Ellie go to meet with Buckley’s parents. Stanley worries that the Dunstans won’t drink. It turns out the Dunstans were worrying about the same thing! 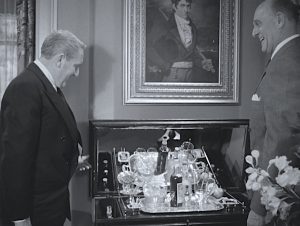 Stanley and Ellie give a party at their home to announce the engagement. Stanley makes a huge batch of martinis, but when the guests arrive they all make individual drink orders, trapping him in the kitchen. The orders come flying in: Old fashioneds, Tom Collins, bourbon and soda, and so on. Stanley never makes it out to give his speech. 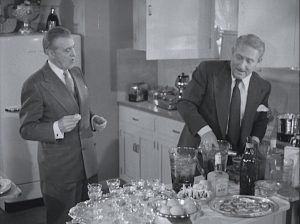 When the family sits down to plan the wedding, they have a huge argument. Kay says she can do the whole thing herself, no one else has to lift a finger. Stanley really wants a small family wedding at home.

“If her friends want to go out and bankrupt themselves, that’s their business, not mine. But we’ve always lived very simply, within our means. Now here, what are we going to do, put on a big show, a big flashy show that we can’t afford!” –Stanley

Stanley really can’t believe the bills for bride’s trousseau, orchestra, flowers, the church and more. He tries to put down rules about holding down expenses, but it just keeps getting away from them all. He even tries to bring up eloping. He offers Kay $1500 (about $16000 in today’s dollars)! 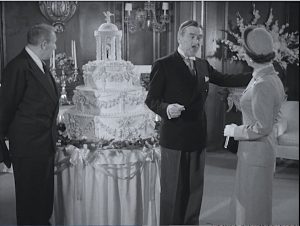 “We didn’t intend having that kind of reception. –What did you have in mind, madam? –Well, we thought we’d have some assorted sandwiches, different kinds, you know? And some ice cream and little cakes. –Of course, you can have just what you wish, madam, but that’s what we usually serve for children’s parties.” – Ellie and Mr. Massoula

Another great scene is when Stanley tries on his 20-year-old cutaway suit and has to contort himself to get in it. 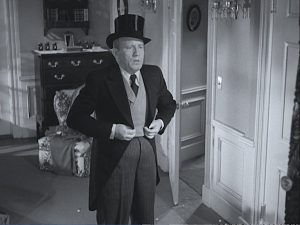 A custom you see in these older films is the wedding present display. The bride’s family dining room is taken over with all the wedding gifts so that visitors can come and look. I think the last time I went to a gift viewing was about 20 years ago! An infamous gift for Kay is a statue of Venus with a clock in her stomach. 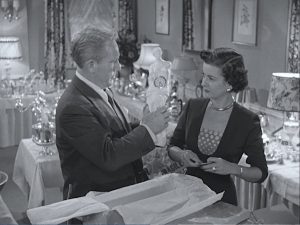 “With love from Aunt Hattie. –Oh, Aunt Hattie. –Kay was expecting a nice fat check. –When I think of all the guff I’ve taken from that old … –What are we going to do with it? –Would you really like me to tell you? –You could always drop it.” –Ellie and Stanley

Interesting that even in 1950, Kay is being very casual about her parents’ stake in her engagement. She tells them at dinner that she is going to marry without the boy meeting with her father. The parents have to decide about contacting his parents and having “the talk” with Buckley. We have 3 daughters and even in the 21stcentury, I still want the prospective husbands to have “the talk” with us, even if it’s not about finances. The movie has the old-fashioned notion of “can this boy take care of her?”. And Kay is very much under the sway of the opinions of her fiancé.

“Every time I think about it, I break into a cold sweat! Suppose my knees got shaking just as I got started? Suppose they shook until finally they let me down entirely? You had to drag me down the aisle like a sack of meal? –Well, we could always take a short snort just before the show begins.” –Kay and Stanley

What do we learn from a 1950 wedding? The brides’ magazines today still have a list for the bride’s family and the groom’s family. The men might not get new clothes made, they rent them. We might not worry about engraved silver flatware. But we still have engagement parties, rehearsal, wedding, and reception, gifts for the bridesmaids. And we still have to decide about catering, music, and the cake. 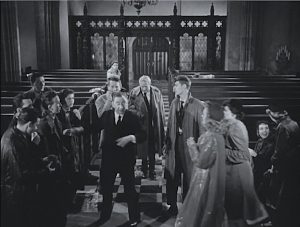 Art direction is by Cedric Gibbons and costumes by Helen Rose. The homes are beautiful with flower arrangements, silver, and lace. The ladies are beautifully dressed with matching hats and coats, handbags, and shoes. Spencer Tracy is amazing as the gruff but loving dad. And Elizabeth Taylor is just luminous. Her acting is really good, just the right touch of slightly petulant, just barely done with being a teenager. 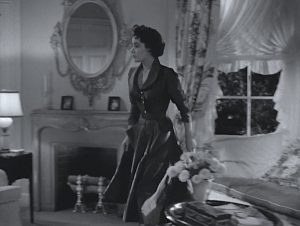 Are you planning a wedding? Father of the Bride is a great movie to watch!

Resource links for Father of the Bride (1950)