Edward Eager was a playwright and songwriter in the New York world. Starting in the 1950s he wrote a series of magic adventure books featuring fun brothers and sisters. They find magic tokens and beings operating under rules that have to be discovered. Harry Potter has captured the hearts and imaginations of many but these magic stories are worth a look. 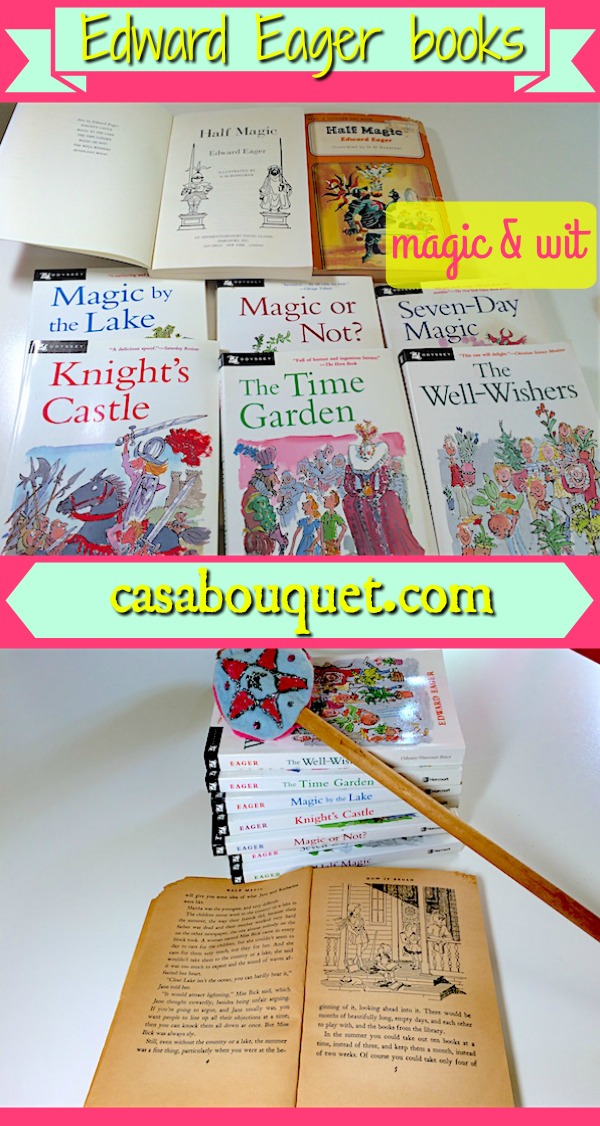 The 7 novels take place in the 20th century with children as the heroes. The books are memorably illustrated by N.M. Bodecker. Magic in the books tends to be grumpy: it doesn’t want to be disturbed or it doesn’t want to explain the rules. The magic is part of daily life. The children go to the library, get sent to bed, play with their toys, but find magic (or magic finds them). A coin, a turtle, a library book, a toad, a toy castle, and a well are sources of magic. 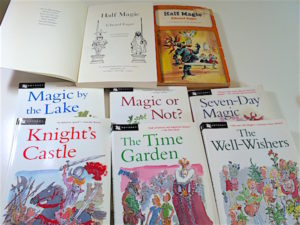 Katharine, Mark, Jane, and Martha are the adventurers in Half Magic and Magic by Lake, taking place in the 1920s. Their children in the 1950s have adventures in Knight’s Castle and The Time Garden. Magic or Not? and The Well-Wishers are the adventures of Laura, James, Kip, and Lydia. And another 5 children find magic at the library in Seven-Day Magic. 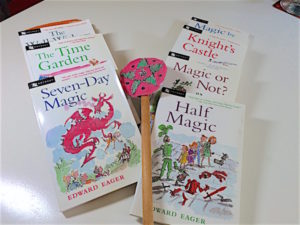 Eager was inspired by Frank Baum’s Oz stories and Edith Nesbit’s children’s novels. Have you read Five Children and It or The Railway Children?

I started collecting children’s literature in high school. I’ve always loved the stories of Edward Eager because there is a reality about how the siblings interact. And the idea of being able to time travel and watch your parents when they are awkward preteens! 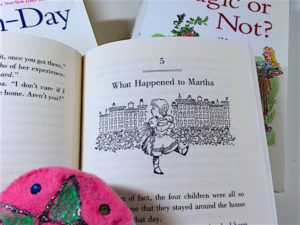