Barbara Mertz was a serious Egyptologist. Using the pen name Elizabeth Peters she wrote 19 historical novels about archaeology in Egypt and the Middle East spanning the time frame 1884 to 1923. She created the heroine Amelia Peabody, an inspiring role model and masterful solver of mysteries. 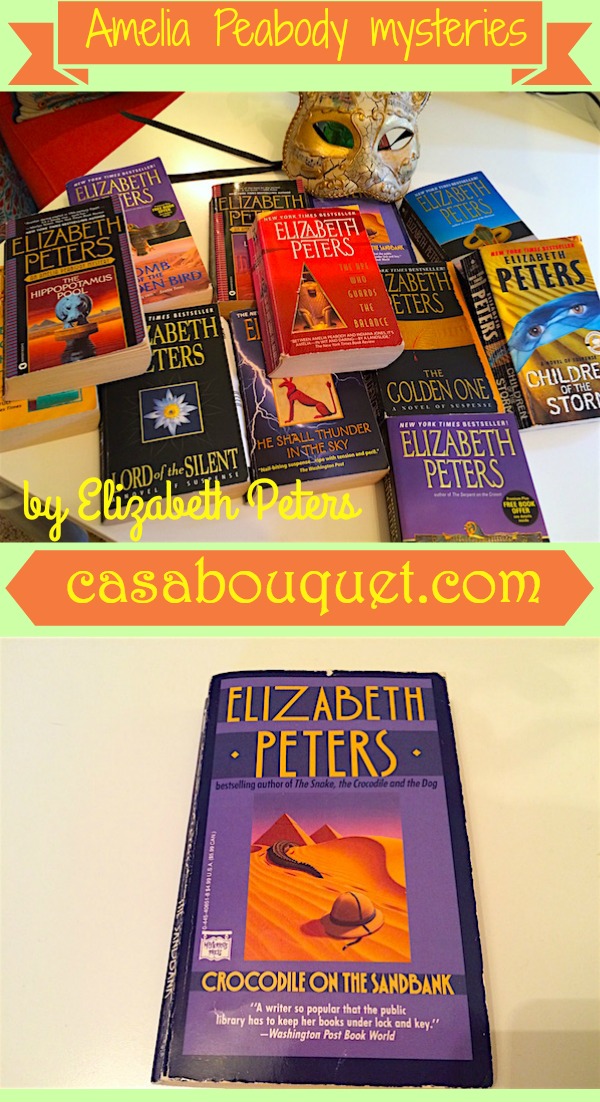 Amelia is a feisty early British feminist who is sure she will never marry. On a trip to Egypt she meets archeaologist Radcliffe Emerson, and her life is forever changed. Through the novels, Amelia and Emerson excavate in storied locations such as Luxor, the Valley of the Kings, Karnak, Amarna, Palestine, the Sudan, and Giza. Their adventures follow historically the discoveries in Egypt and famous figures such as Howard Carter, Howard Flinders Petrie, and Lord Carnarvon take part. All of this is a background for the murder mystery that must be solved in each book and getting Amelia, Emerson, and their family and friends out of dire straits.

Amelia and Emerson often travel on the Nile in their river boat (dahabiyeh) that Amelia has outfitted with Victorian comfort. There is romance in the air as she describes the scents of the flowers, the moon over the desert, and the majesty of the ancient ruins.

I’ve read all 19 books, plus the “encyclopedia”, Amelia Peabody’s Egypt: A Compendium. But I suppose I must choose some of my favorites to give you more of a flavor of the novels. 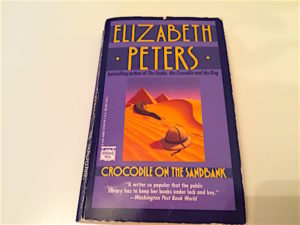 Ancient Egypt has such interesting history with the gods, pharaohs, the people that built the tombs. The development of archaeology against the background of the Ottoman Empire and the French and British interests in the Middle East is another interesting history. Put them both together with the detective work of a mystery and I’m hooked! 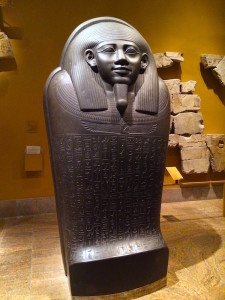